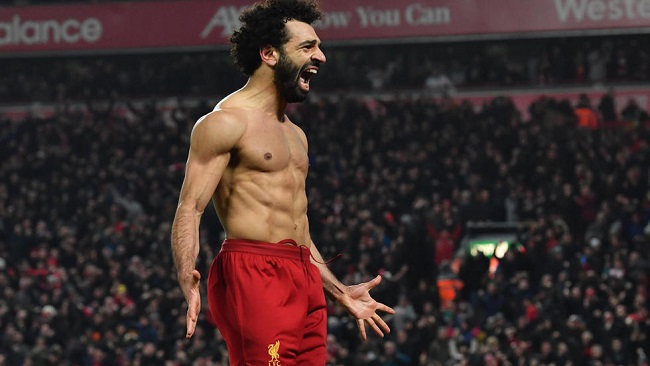 Mohamed Salah conceded playing against Manchester United this season has been “easy” after scoring twice in a 4-0 thrashing of the Red Devils at Anfield on Tuesday which sent Liverpool top of the Premier League.

Salah also scored a hat-trick as Liverpool ran riot to win 5-0 at Old Trafford when the sides last met in October.

“They make our life easier in the midfield and in the back,” said Salah. “They always try to give us the ball in a one-against-one situation so it makes our life much easier.

Salah had not scored for Liverpool from open play since February, but clicked back into form with the space offered by United’s disjointed defence to take his tally for the season to 30.

“I scored many goals for this club, it’s going to keep coming,” Salah added. “The most important thing is the team are winning.”

Victory took Liverpool two points ahead of Manchester City, but the English champions can regain top spot when they host Brighton on Wednesday.