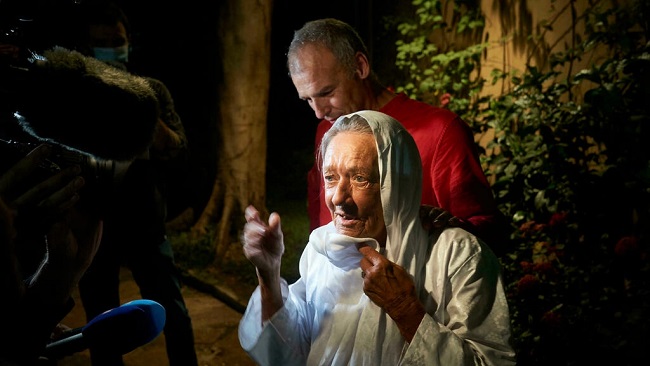 French aid worker Sophie Pétronin, freed a year ago after four years in the hands of jihadist militants in northern Mali, is back in Mali and missing again, FRANCE 24’s sister station Radio France Internationale (RFI) reported on Tuesday.

Pétronin, 76, who ran a charity for malnourished and orphaned children in the desert city of Gao until her abduction in 2016, discreetly returned to Mali in March. The West African nation refused to issue her a visa for her return, but she eventually managed to enter the country by taking an overland route from Senegal, RFI reported.

Pétronin was reportedly unhappy in Switzerland, where she had been living since her release from captivity in October 2020, and wanted to return to the country where she had spent the last 20 years of her life. Sources close to the family told RFI that she was keen to be reunited with her adopted daughter.

Pétronin had always said she planned to return to Mali to continue her work.

More than seven months after her return, the Mali police issued a wanted notice for Pétronin on October 29, asking police to apprehend her, and to “escort” her to the capital Bamako.

Pétronin was reportedly last seen near Sikasso in the southeast of the country, more than 350 km from the capital Bamako.

But sources close to Pétronin told RFI that she hadn’t left Bamako since her return to Mali, and had never been to Sikasso. They are mystified as to why Malian authorities are searching for her.

French diplomatic sources have said that they are not interpreting the wanted notice as a “hostile act” from the Malian authorities, despite tense relations with France.