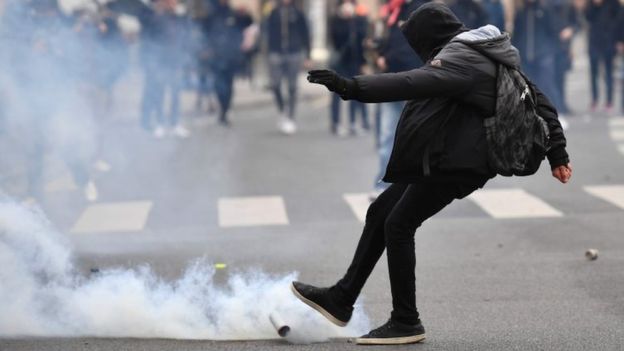 Students in Nantes marched in a show of solidarity with public-sector workers, who began a three-month strike campaign against French President Emmanuel Macron’s proposed labor reforms on Tuesday.

More than 2,000 protesters amassed outside Nantes railway station, which has been badly affected by the strike at SNCF, France’s publicly-owned train operator. Police used tear gas in an effort to break up the protest.

Earlier, students voted for an unlimited blockade of Nantes’ university in support of the nationwide strike.

Around 33 percent of railway workers and more than three-quarters of train drivers were on strike, causing severe disruption across the network. The three-month strike will see walkouts two days in every five.