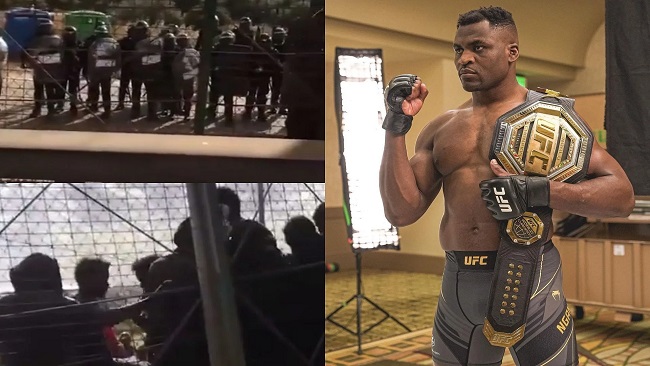 Francis Ngannou has shared some disturbing visuals detailing the inhumane treatment of the people from his homeland, Cameroon.

Francis Ngannou, who was born and raised in Cameroon, himself migrated to Europe at the age of 26. However, he was arrested and handed a two-month jail term for illegally crossing into Spain.