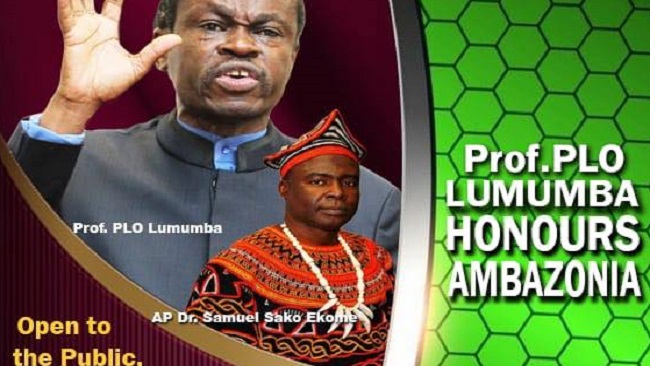 The Interim Government of the Federal Republic of Ambazonia says more than 4000 Southern Cameroons civilians have lost their lives ever since President Biya launched a war purportedly fighting what the Francophone regime in Yaounde painted as “separatist terrorists”.

The Ambazonian Interim Government made the revelation during a meeting with the renowned Prof PLO Lumumba in the USA. Acting President Ikome Sako observed that there were 2450 Southern Cameroonians under the age of 18 among the fatalities in addition to female victims.

French Cameroun helicopter raids in the Lebialem County including Belo, Weh, Batibo and Oku also resulted in the injury of hundreds of civilians, some of whom suffered permanent disabilities. Cameroon government sources, requesting not to be named, told Cameroon Concord News Group reporters on Thursday that the death toll from separate Cameroon military assaults conducted by Beti-Ewondo troops to force Southern Cameroonians to participate in the presidential polls had reached 105.

Our sources said attacks that targeted villages in Manyu, Menchum, Boyo,  Kupe Muanenguba and Mezam on Election Day left at least 40 civilians, including women and children, dead and many more wounded.

12 civilians including a Roman Catholic Seminarian were also killed and tens of others injured when the Francophone dominated army pounded on Roman Catholic medical establishments in the Northern Zone of Ambazonia. Separately, at least 9 civilians were killed and many more wounded in Besongabang, Nchang and Eyumojock Sub constituency in Manyu.

Cameroon government forces have been conducting raids against Southern Cameroons civilians in Tombel and Bangem and also in Bafut. The United Nations and the International Crisis Group have repeatedly accused the Biya Francophone regime of targeting and killing civilians. Yaounde has also been largely incapable of achieving its declared goal of destroying the Southern Cameroons resistance and quest for independence.