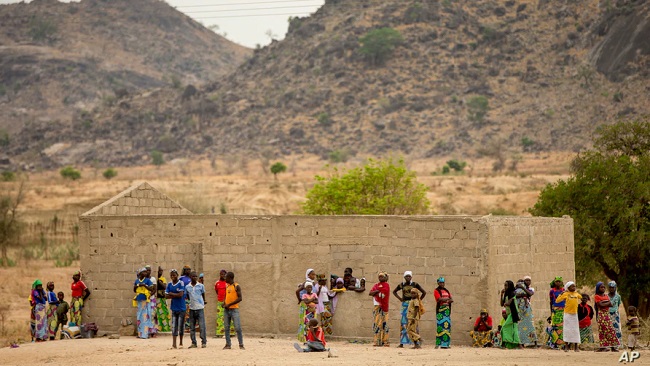 Cameroon says it has again closed more than 60 schools on its northern border with Nigeria to protect children and teaching staff from increasing Boko Haram attacks. Many people have fled the region and are now displaced.

The Islamist group has stepped up its use of suicide bombers, even as the country’s military has drastically reduced the jihadists’ firepower.

The central African country has deployed its military to assure the safety of the remaining civilian population in the affected regions.

“Sixty-two schools have been closed. The children have to be either scholarized (educated) in other schools very far from their own villages or to abandon schools. Thirty-four-thousand-and-fifty-four students have been registered as IDPs. We have the students of the host communities; we have even refugee students,” he said.

Garga said teachers in all the affected schools fled with the children they teach.

Cameroon’s military has been reporting at least three Boko Haram attacks every week since January. The military says most of the attackers are suicide bombers, mainly women and children. The military says the terrorist group has torched 13 schools within the past two months, held at least 200 people for ransom and abducted an unknown number of civilians.

Colonel Ndikum Azeh, commander of Cameroonian troops fighting Boko Haram in the Mayo Sava, Mayo Tsanaga and Logone and Chari administrative units, says the military has been deployed to protect civilians in the area. Azeh says some troops have also been deployed to teach displaced students in safer areas less susceptible to Boko Haram attacks.

“Ashigashia (a border town) has for long been a target for Boko Haram assault as early as 2014. The hierarchy (military) thinks that to sustain a good security situation, it is through the youths and the best process is through their education,” Azeh said.

Nongovernmental organizations, rights and humanitarian groups have been calling on Boko Haram to respect the intergovernmental Safe School Declaration. Desire Fouda of the NGO School First says the declaration should be observed to protect students and ensure they are able to receive an education.