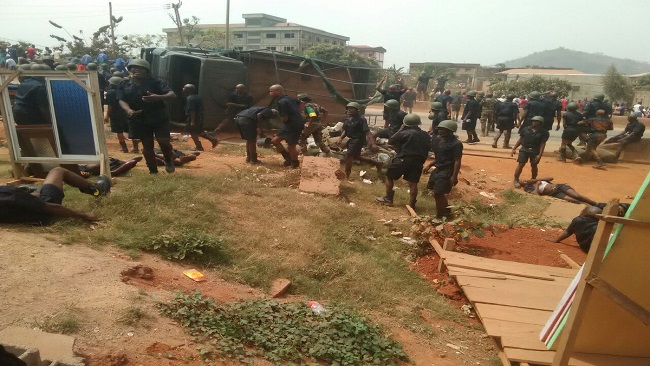 Four people were killed on Tuesday in a road accident in Cameroon’s Centre region where the capital, Yaoundé is located, according to local police.

Police said in a statement that the tragedy happened along the Obala-Batchenga highway.

The accident occurred after a truck collided head-on with a bus carrying workers of a company, a police officer told Xinhua by phone.

Several others were injured and rushed to the hospital to receive medical treatment, the officer who preferred not to be named said.

According to the police, fatal accidents are common in Cameroon due to reckless driving, dangerous overtaking, drunk driving, and poor state of road.

The Ministry of Transport estimates that 1,500 people die in road accidents each year in the central African nation.