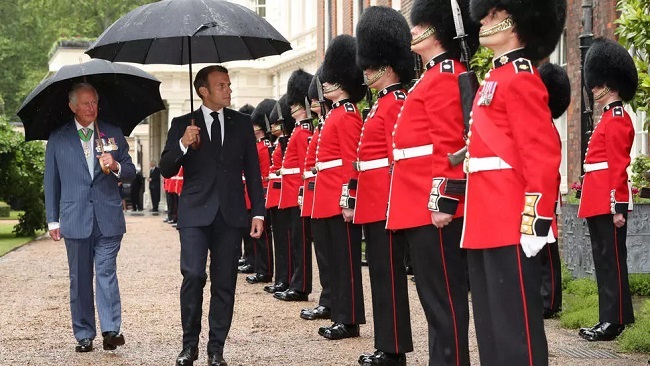 Macron’s visit, his first trip outside France since the coronavirus pandemic, marks the 80th anniversary of General Charles de Gaulle’s radio address to the French nation, in which he laid the foundations of the Resistance.

The address was broadcast from London by the BBC on June 18, 1940, shortly after the Nazi invasion of France, and with the blessing of Britain’s wartime leader Winston Churchill.

Macron, who was accompanied by Prince Charles and the Duchess of Cornwall, bestowed the Legion of Honour, France’s highest distinction, on the city of London.

In turn, Britain bestowed awards on four French Resistance fighters: Edgard Tupet-Thome, 100; Daniel Cordier, 99; Hubert Germain, 99, and Pierre Simonet, 98. They were not present, but will receive their awards in France later.

The four are the only surviving holders of the Croix de la Libération (Cross of Liberation), an honour bestowed by de Gaulle on 1,038 men and women who distinguished themselves in the struggle to liberate France.