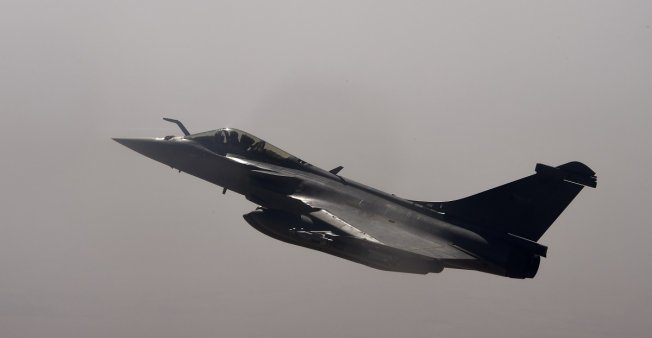 French air power on Wednesday killed at least 10 jihadists in northeast Mali near the border with Algeria, local and foreign military sources said.

“French forces on Wednesday led at least one raid near Tinzaouatene, at the Algerian border, against the terrorists,” a local Malian military source told AFP.

“There were at least 10 deaths and two vehicles were destroyed.” An ex colonel in the Malian army who had defected, who is close to the jihadists’ leader, was killed in the raid, according to an army statement.

“This was the base of the head of the network, Iyad Ag Ghaly, at Tinzaouatene, which was the main target of the operation,” a foreign security source in Mali told AFP.

The offensive was part of France’s Operation Barkhane, active in Mali as well as four other former French colonies in west Africa Mauritania, Niger, Chad and Burkina Faso.

The Malian source said the French force had been conducting operations in northeastern Mali for several days.

A foreign military source confirmed that “several” raids had been carried out in the region on Wednesday, killing at least 10 jihadists.

Islamic extremists linked to Al-Qaeda took control of the desert north of Mali in early 2012, but were largely driven out in a French-led military operation launched in January 2013.

However large tracts of the country remain lawless despite a peace accord signed with ethnic Tuareg leaders in mid-2015 aimed at isolating the jihadists.

On Tuesday in neighbouring Burkina Faso meanwhile, a policeman was killed and two were injured in an attack at a village near the eastern town of Fada N’Gourma, in a region that has largely escaped Islamist unrest.

The assailants’ identity was unknown.