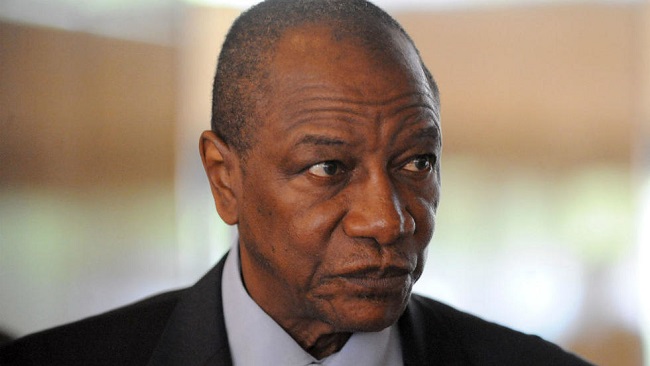 Guinea Conakry: What Next after Alpha Conde? 0

On 22 December 2008, after the news that President Lansana Conte of Guinea, who seized power in a coup in 1984, had died, a faction of the military launched a coup. It announced that it had dissolved the government and constitution with Captain Moussa Dadis Camara as president to lead a transitional government. The junta promised to hold elections within one year after various African and Western governments denounced the coup, and Guinea was banned from several international organizations.

After two years of political turmoil that culminated to the slaughter of over 450 civilians, Guinea-Conakry held its first democratic elections. Subsequently, on 21 December 2010, Alpha Conde was sworn-in as the first democratically elected President of Guinea in a ceremony that many political commentators opined was the end of dictatorship in Francophone Africa. But in keeping with the gloomy France-Afrique tradition, the 83-year-old Alpha Conde staged a civilian coup and guaranteed his continued stay in power.

The 5 September 2021 military coup that brought Lieutenant-colonel Mamady Doumbouya to power in Guinea is no surprise to many in the continent and was the inevitable result of the lousy judgment of Alpha Conde. He had no democratic mandate and showed utter contempt for the tenets of a democratic system that brought him to power. Conde threatened the state’s fabric by amending the constitution to prolong his stay in power, and his ejection from office was his own making. By using the military last year to kill over 300 people who came out to protest his autocratic power grab, he deserves no one’s empathy at this time.

It has been clear to political scientists for many decades now, although not entirely obvious to Alpha Conde, that coups are more probable in unconsolidated democracies. Coups are more likely in countries with vast inequality between the ruling class and the citizens. So, any leader who fosters inequity, theft, and abuse of power, is carelessly preparing the fertile grounds for a coup to eject him from power.

In a senseless distraction from the responsibilities of power, Alpha Conde was only fixated on staying in power forever.  He embezzled hundreds of millions of dollars of state funds that the country was generating from extracting the vast mineral resources that the maker of the universe endowed his country.

Like many presidents in Africa, Alpha Conde is an old crook who wandered into politics to enrich himself from state coffers. He has had eleven years to halt Guinea’s steady and alarming political and economic decline. Still, he failed woefully to live up to the considerable expectation that his people had in him in 2010. His removal from power last Sunday cannot be depicted in any way, shape or form as a loss to Guinea.

The story of the people of Guinea has been one of national challenges, brutal repressive political leadership, and military coups since the country rejected neo-colonial rule and became independent in 1958. Guinea has had three presidents from 1958 till date, but there were high hopes for democratic change and accountability when Conde was elected in 2010. Under Conde, the state was fragile in providing vital functions but callous in many other domains, especially dealing with political opponents.

Guinea is politically and economically sick, and one need not be a rocket scientist to work this out. But under Conde, the government could not deliver its primary function of offering leadership, maintain order, provide public services, national and economic security, and economic assistance to those in need. Under him, repression and human rights abuses were aplenty.

Alpha Conde has left a trail of economic crises and misery. He had become increasingly ruthless and had little or no accomplishments to show for. The current state of economic and political calamities in Africa demands leaders equipped with empathy and integrity and Alpha Conde does not possess any of these qualities. Lieutenant-colonel Mamady Doumbouya and his team must learn from the blunders of Col. Lansana Conte and Capt. Moussa Dadis Camara, as both became presidents through military coups.

Lieutenant-colonel Mamady Doumbouya and his team need to clean up the mess created by Alpha Conde and previous regimes. They should recognize their direct shortcomings and instantly hire experts to deliver their vision. Africa has specialists in all domains that have the skill set, talents and professionalism, and above all, the continent at heart. Let them reach out to these men and women who can point them in the right direction.

The new leaders should, without delay, solicit the help of the Guinean Diaspora. The move to release all political prisoners should not be a gimmick; it must be done without delay to show the Guineans and the world that they mean what they say. They must consciously drag Guinea from economic ruin, poverty, extensive theft of state funds and lead the country into prosperity and self-pride. They can’t afford to waste time and another generation.

Since independence in 1958, Guinea has been a sad case, but now it plays a massive role in the global commodity market as it is blessed with two precious raw materials; Iron Ore and Bauxite. Aluminum is extracted from Bauxite, and Guinea is the world’s number one producer of this valuable commodity. These mineral deposits must be used as the country’s gateway to economic prosperity and national progress.

China is always looking for markets to get iron ore, and Guinea has enormous deposits of it with massive reserves that have the capacity to produce about 150 million tons of iron ore annually, which is about 7% of global production. The new leaders of Guinea should look for creative ways to add value to the supply chain of the raw materials in their country before exporting to China and the West.

In 2020, Guinea produced around 90 million tones of Bauxite, a quarter of the global total. Guinea is responsible for more than half the Bauxite used in the global supply of aluminum. The global demand for aluminum is growing immensely, predominantly because of its weight and strength. Guinea stands to benefit enormously if the receipts from its vast raw materials are appropriately managed and invested in growing the country’s economy.

Lieutenant-colonel Mamady Doumbouya saw combats in Afghanistan when he led troops while serving in the French Foreign Legion.  The time for him to serve his people is now. He has the yam and the knife. His country has enormous potential, and the people of Guinea are exhausted of old autocrats disguised as democratic civilian leaders. These old boys are bleeding our continent dry and are using the presidency as their care homes. Africans want change, and anyone who can deliver that will be given a chance.

Guineans would pay little attention to what uniforms or suits leaders were wearing if they woke up to new roads, basic healthcare infrastructure, good schools and real hope for the future.