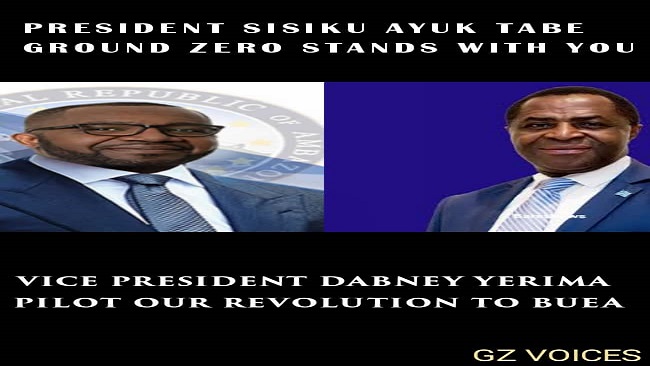 The Vice President of the Ambazonia Interim Government says holding a referendum involving all the people of Southern Cameroons is the sole political solution to the Ambazonia crisis.

Comrade Dabney Yerima made the remarks on Saturday during a war cabinet meeting convened to examine the disturbing situation in French Cameroun and the President Emmanuel Macron visit.

The exiled Southern Cameroons leader noted that he expects the French government of Emmanuel Macron to support the referendum initiative that was registered at the United Nations by the leader of the Ambazonia nation President Sisiku Ayuk Tabe. The plan is based on holding a referendum with the participation of the original inhabitants of West Cameroon.

Yerima went on to say that the happenings in Yaoundé are not related to the Southern Cameroons problem.

Vice President Dabney Yerima further stressed that the people of Southern Cameroons were no longer interested in the politics of French Cameroun and whosoever becomes head of state in La Republique du Cameroun after Biya will sit with the Ambazonia Interim Government and discuss the terms of separation to decide about the fate and future of the two Cameroons.

Yerima said holding a referendum on the fate of Southern Cameroons with the participation of all inhabitants had first been proposed by the late S.T.Muna and the late Dr John Ngu Foncha.