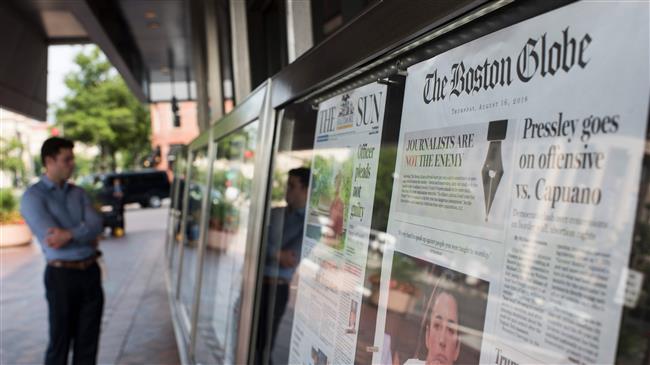 Is Donald Trump right about modern journalism? (Certainly for all the wrong reasons)

They cause war? Absolutely.

Division and mistrust? Can that be denied?

The one thing all must understand about Donald Trump is that everything he does is based on how it affects him personally. At his rallies he still talks about the enormous crowd sizes and the love that jumps right out to him all the time. All the people he has attacked personally said or did something that offended him. Not America. Not the Constitution. Not the security of the US but him personally and directly. We see the latest with Trump going off on Amarosa Manigault by using misogynistic and racist language because her new book exposes the dirty inside of the Trump White House.

His relations with world leaders seems to be one-on-one, mano-a-mano, tête-à-tête, but usually one sided. He thinks he has a personal relationship with many world leaders that he can just pick up the telephone and call, regardless of time of day, or night, and expect a friendly ‘Good day to you, Mr. President.’ Most leaders are smart enough to amuse him but he’s just showing himself to the world to be the buffoon we all know he is here in the US.

His relations with world leaders, with the American people, and who knows, maybe space aliens his new space cadets will find, all focus on him directly. This is where the media comes in. Like voyeurs inching down a highway to see a crash, the media loves blood and gore, scandal, catching politicians in lies, and messed up military operations. ‘If it bleeds, it leads.’ This is a journalistic mantra that President Trump cannot understand. Thinking that he is the best of everything, has the best mind, all the solutions, why do the press attack him so much when he falters, which of course, in his mind, he never does? In part, President Trump is a gold mine for them. How many careers are being launched today just in covering Trump? How does the son of a former NY governor, or the heir of the Vanderbilt dynasty, or a McCarthyite ‘liberal’ lawyer get to have so much air time if it wasn’t for the Donald presenting himself to them as they salivate over every tweet that comes out of the White House?

President Trump calls the media ‘fake news’ because they report on him, the president, and not in a good light. And some, like CNN and MSNBC, are so fixated on him and his failings that it’s 24/7 Russia, Russia, Russia, and every tweet and insult gets reported. This, to him, is ‘fake’ news. However, another characteristic of fake news is not reporting the news, mis-reporting it, and misinforming or misleading people about what’s really happening.

For weeks on end, Israel has been killing innocent protesters in their March of Return. Killing journalists, medics, children, amputees, people running away, people empty handed. Not a word from CNN, especially in the initial slaughter. That is fake news.

American Indians and supporters were hosed with freezing water in freezing weather, shot at, dogs let loose on them, as they were protesting the Dakota Access Pipeline. Barely a word. Fake news.

Child poverty in America grew at alarming rates under Obama. No mention of it.

The alleged hacks of the DNC is a given to the main stream. But no main stream media would interview William Binney, Ray McGovern or Julian Assange, all with pertinent knowledge that would refute the narrative. That is fake news.

President Trump is right about calling the media fake news, but for all the wrong reasons. To him, it’s fake because he’s their target. But it is fake because it manipulates public opinion, not just against him, but to further narratives that their corporate sponsors demand.