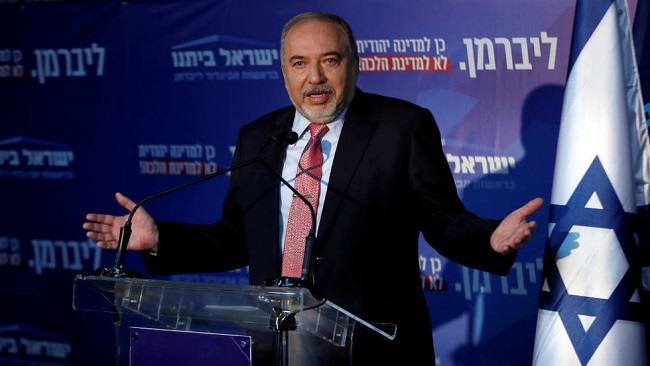 Israel: Calls for new elections as kingmaker Lieberman refuses to back either side 0

Israeli kingmaker Avigdor Lieberman on Wednesday refused to endorse a candidate for prime minister, virtually guaranteeing the country will be forced into a new election, the third in less than a year.ADVERTISING

Lieberman’s comments came ahead of a midnight deadline for Prime Minister Benjamin Netanyahu’s rival, Benny Gantz, to form a coalition.

A September election left both Netanyahu and Gantz short of securing a required parliamentary majority to form a government, with Lieberman holding the decisive votes.

But after weeks of negotiations, Lieberman said he could not endorse either side.

“I made every effort. I turned over every stone,” he said.

Lieberman had called for a national unity government between Netanyahu’s Likud party and Gantz’s Blue and White. But the two leaders could not agree on a power-sharing agreement.

Gantz has until midnight to try to seek other partners, but without Lieberman, that appears impossible.

Gantz was given the opportunity to form a government last month after Netanyahu failed in the task.