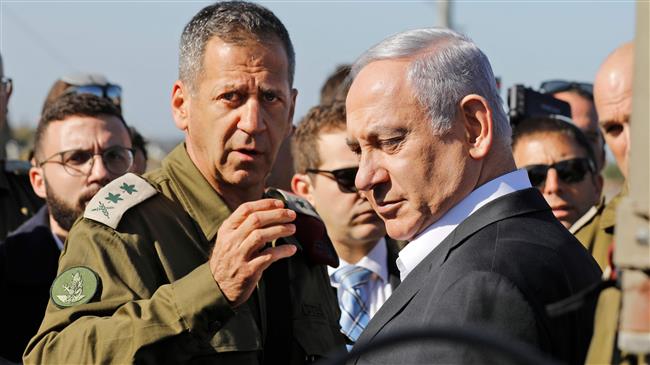 A recent decision by the International Criminal Court (ICC) to launch a full investigation into war crimes in Palestinian territories has raised alarm among current and former Israeli officials and military personnel, who may face global arrest warrants as a result of the probe.

Israel’s Channel 12 TV reported that Israeli Prime Minister Benjamin Netanyahu, along with ministers of military affairs, army chiefs, low-ranking soldiers and the heads of the Shin Bet security service in the past five years could all be vulnerable to international prosecution.

Israel is not expected to cooperate with the ICC’s pre-trial chamber in the coming 120 days.

“There will be no cooperation with the court… certainly not if it will eventually be decided to open an official probe,” Channel 12 cited diplomatic sources as saying.

However, an official in the Israeli prime minister’s office said, “A decision will be reached after the legal teams make their recommendations.”

On Friday, ICC Chief Prosecutor Fatou Bensouda said a preliminary examination into war crimes, opened in 2015, had provided enough information to meet all criteria for opening an inquiry.

There was a “a reasonable basis” to investigate the situation in Palestine, she said. “I am satisfied that … war crimes have been or are being committed in the West Bank, including East Jerusalem [al-Quds], and the Gaza Strip.”

The probe will apparently cover Israel’s settlement policy in the occupied West Bank, crimes during the 2014 Gaza war, and crackdown on the Great March of Return protests in the besieged Gaza Strip.

On Saturday, transportation minister Bezalel Smotrich called on Netanyahu to give the Palestinian Authority a 48-hour ultimatum to pull its ICC petition or see the Ramallah-based authority “torn down.”

The ICC decision has been widely welcomed by Palestinian officials, with President Mahmoud Abbas calling it a “great” and “historic” day.

“We have achieved what we want, and from this day on, the ICC machine will start accepting the cases that we have previously presented,” he said.

“We will make every possible legal effort to try Israel for the war crimes it committed against our people in the Gaza Strip, al-Quds and the West Bank,” he said.