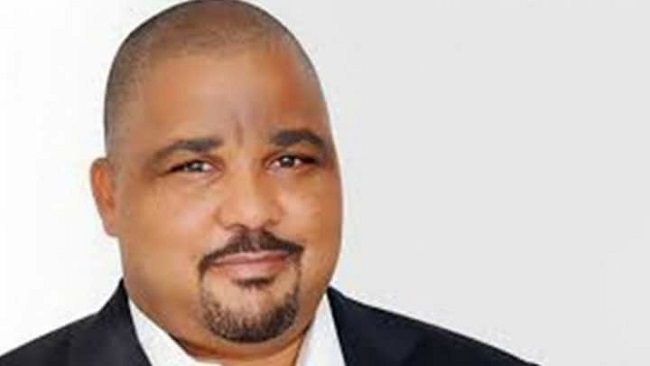 Over the last two years, Cameroon’s political future has been very uncertain, especially as the current political elite is constituted mainly of people who are over 75 years. For many Cameroonians, this is very concerning, especially as more than 70% of the country’s population is between 20 and 50 years old.

But one of the greatest challenges facing the country today is that of holding the country together. The country’s unity is under threat. Over the last two years, Cameroon has been in the spotlight for all the wrong reasons. The Anglophone crisis has revealed the inadequacies of the current political system and the divisions within the country are clearly pointing the country in the wrong direction. These divisions are threatening the very foundation on which this beautiful country has been built.

The Anglophone minority is threatening to leave the union on grounds that it has been characterized by injustice, corruption, marginalization and abuse of human rights. Months of street demonstrations in early 2017 only resulted in violent clashes, with government troops killing Anglophone demonstrators.

Matters came to a head in the later part of 2017, with Anglophone fighters taking on army soldiers. The consequences of this fighting have been unbelievable. The death toll has been high on both sides and the end is unfortunately not in sight, as the government remains steadfast in its logic of winning the war through military violence and at all cost.

The crisis has not only revealed how politically vulnerable the country is, it has also demonstrated that a new political class is supposed to emerge if Cameroon, the once stable nation, has to preserve that attribute that has made it a special country on the African continent. The country’s dual colonial heritage has always made it to stand out and this beauty is under threat as the conflict between Anglophones and the State plays out on the streets and jungles of former West Cameroon.

While Anglophones are right in their fight against political and economic marginalization, there is a growing consensus that there is a huge governance problem that needs emergency action. The country lacks modern infrastructure. Its roads have become death traps. Its hospital have been reduced to consultation clinics and the quality of education that inspired hope in millions of Cameroonians has declined over the last twenty years to ridiculous levels.

Today, human rights abuses are rampant. The courts have lost the people’s respect. The judiciary is at the beck and call of the executive branch of government and this is making it hard for Cameroonians – both Anglophones and Francophones – to get the justice they need in their own country.

Cameroonians in general are looking forward to meaningful political change. The current political leaders have fallen short of the people’s glorious expectations. The ruling party, the Cameroon People’s Democratic Movement (CPDM), has monopolized power for more than five decades and there is nothing to show for it. The arrogance of government ministers and CPDM parliamentarians has been the subject of many discussions ever since the Anglophone crisis started. And this is causing many people to take a look at different strategies that can help the country rid itself of the ruling party which is widely considered as a crime syndicate.

But it is not only the political scene that is begging for improvement. The country’s economy has been melting down at an alarming rate and this has been exacerbated by the escalating corruption that has made life unbearable for millions of Cameroonians. Cameroon’s economy has contracted over the last decade and this contraction is bound to continue, especially as the country is mired in multiple conflicts. The Anglophone crisis is already swallowing huge amounts of financial resources that could have been invested to transform the lives of many young Cameroonians and this situation is very likely to continue as the government refuses to call for an inclusive and sincere dialogue that most believe can deliver better results. In the North, Boko Haram is maiming and killing innocent Cameroonians and this threat is also affecting the country’s economy.

Over the years, unemployment has become an issue in Cameroon. Unemployment is blighting the lives of many Cameroonians as a resulted of long years of mismanagement and corruption. Today, many young Cameroonians prefer to look outwards as their country has failed to harness their potential. Poverty –generated by the ruling party – has robbed Cameroonians of their dignity. Their desperation can be seen on their faces. The people of Cameroon need change. They need someone who can inspire hope in them. Someone who understands their plight and is driven by a strong feeling of patriotism. This has been the missing ingredient in the entire political game for the last thirty years.

But all hopes are not lost. A new political class is gradually emerging and Joshua Osih, the smart, bilingual and patriotic Cameroonian who understands the people’s plight has finally thrown his cap into the ring. After having served for long as vice-president and parliamentarian of the Social Democratic Front (SDF), Mr. Osih believes that this is the right time to help pull the country out of the political and economic doldrums.

It is widely believed that his understanding of both Francophone and Anglophone cultures makes him the ideal candidate for the post of president in a country that might implode if the right person does not step in. His moderate stance on many issues has earned him the respect of the entire nation.

Joshua Osih’s time has come. He is being considered as the comprise candidate even by Anglophones who have clearly demonstrated their frustration with the Yaounde government. Cameroon needs to heal and only someone with Joshau Osih’s temperament and charisma will  be able to help the country walk away from its ugly past.

Born on  9 December 1968, Joshua Osih is the first Anglophone Cameroonian to serve as a Parliamentarian in Douala in the Littoral region. Besides being a politician, he is the chairman of Camport PLC in Cameroon, a successful business that has made many to think that he is the right man to lead Cameroon into a prosperous and peaceful future.