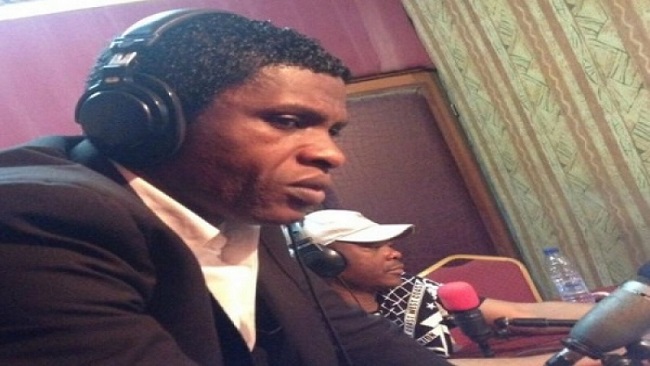 Martinez Zogo’s murder: A deadly blow to the Yaoundé government 0

Tension is high in Yaoundé following the murder of Martinez Zogo, a brilliant journalist, who while alive, had made it a duty to tell the truth on how government affairs were being run in a country wherein freedom of speech is still a foreign concept.

Martinez Zogo might have been killed but his death is clearly that blow to the government’s liver and eye which has left it with a bloodshot eye. Many around the world still had a little faith in the Yaoundé government, but the capturing of a journalist in front of a Gendarmerie Office in Yaoundé and his cold-blood murder have come to expose how cruel and inhuman those ruling the country are.

The world is now seeing the Yaoundé government in a different light as those accused of being responsible for the journalist’s death are members of government and their business partners who pass off for the Lords of the Universe.

Sources in Yaoundé which are very close to Cameroon Intelligence Report and Cameroon Concord News have clearly pointed a finger at Amougou Belinga, the Yaoundé-based media mogul and owner of Vision 4, a TV network which also operates in other Central African countries. Mr. Belinga is very close to the country’s Minister of Justice, Laurent Esso, and the Territorial Administration Minister, Paul Atanga Nji, who do not believe in the tenets of democracy and free speech.

Mr. Zogo has, on many occasions, openly called out Amougou Belinga and his associates about their shady business dealings with the country’s Finance Minister, Louis Paul Motaze.

On Tuesday, Cameroon’s Communication Minister, Rene Sadi, visited the family of the slain journalist and the radio station for which he was working, but his visits are unfortunately not making sense to the population which already knows how the Yaoundé government operates.

The Yaoundé government is more of a cloak-and-dagger organization whose cardinal objective is to eliminate anybody who reveals the truth about its shady and undemocratic operations or anybody who stands in its way when it comes to oppressing the Cameroonian population.

The Yaoundé government is in the business of killing journalists and members of opposition parties who dare to challenge it or expose its devilish political machinations. Samuel Wazizi, an English-speaking journalist from the Southwest region of Cameroon, was captured and taken to Yaoundé where he was professionally tortured to death.

He was buried in an undisclosed location by workers of the Yaoundé Maximum Security Prison and the country’s government has yet to say anything meaningful about the death of a young and brilliant journalist whose objective was to help enlighten Cameroonians on the government-organized massacres in the country’s   two English-speaking regions.

Many members of the country’s opposition parties are still in jail in Yaoundé following their contest of the fake election results which gave the country’s ailing and senile president, Paul Biya, another 7-year term after a polling whose result was known even before the election took place.

Martinez Zogo might be dead, but his death may turn out to be a millstone around the government’s neck. Tensions are high in Yaoundé and the government propaganda machine is in motion trying to diffuse the tensions. It is feared that the murdering of Mr. Zogo might be the last straw which might break the camel’s back as journalists are mobilizing to carry out certain actions which will not only draw the international community’s attention to their sorry plight but will also go a long way in giving the moribund government a very bad name.

Mr. Zogo is Beti like most senior government officials in Cameroon and his murder is a clear testimony to the dying government’s determination to crush anybody who stands in its way.

However, the killing of Mr. Zogo is more than just a wake-up call to the people of the South and Centre regions of Cameroon who have, for decades, erroneously thought that the government is theirs.

They must come out of their sedative and join other Cameroonians to organize a massive revolution which should chase the murderers and rogues running the show in Yaoundé.

Cameroon has been ruined and every Cameroonian regardless of the region has been affected by the incompetent, corruption and government-related violence which are chasing foreign investors from a country which could be the envy of the continent if well-managed.