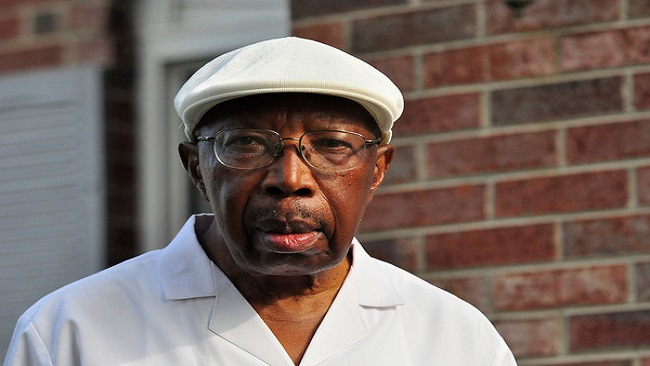 MOLA NJOH LITUMBE: In him, Southern Cameroons arose to fall no more 0

A few remarkable events in my high school and university education introduced me to some Southern Cameroons Politicians and committed advocates for the reactivation of an independent sovereign Southern Cameroons. During my brief sojourn in the Bilingual Grammar School Molyko, I opposed and disrupted a brainwashing session convened by one Hongla Moma, the Secretary-General in the Governor’s Office to educate us about the green revolution.  Sometime later, I wailked out on one Bidias a Ngon the Minister of education.  Mola Njoh Litumbe was among the elders who were invited to both occasions.

In the University of Yaounde, the discriminatory humiliation and the cultural genocide we were subjected to, thrust me to the leadership of a protest movement that grounded the University to a halt. Our entreaties to politicians of Southern Cameroons nationality to support our cause were favourably received only by Dr EML Endeley. Mola Njoh Litumbe knew and took note of these developments in the life of a Southern Cameroons student victim of French Cameroun’s cultural genocide.

It was a pleasant surprise shortly after my call to the bar that Mola Njoh Litumbe approached me one day at the premises of the High Court in Buea and briefed me to represent him in a Chamber motion before the Hon Justice T.E Mbuagbaw, bypassing many senior lawyers whom he knew for many years.  From thence a longstanding relationship developed around the Southern Cameroons problem. We spent many hours discussing and developing strategies on how to sensitise lawyers and students to join the struggle.

An opportunity came during the so-called pro-democracy political agitation that led to the creation of the Social Democratic Front. Bate Besong and me were disappointed with the ideological drift of the SDF that did not fully articulate the Southern Cameroons problem. Professor Obenson, was living across the road from Bate Besong and me. We spent many evenings ruminating about the devastation of our mineral resources, the excruciating suffocation of civil liberties and the evisceration of our cultural identity. Professor Obenson listened attentively.  On one occasion, he told us that he was working with committed Southern Cameroons patriots to create a political party that was primarily intended to be used as a vehicle to fight for the Southern Cameroons cause. He invited us to one of such meetings.

In attendance were Mola Njoh Litumbe, Ray Koge, Sam Ekontang Elad, B.T.B Foretia, Charles Oben, Chief Alexander Taku and Chief Ngole. The discussions went on deep into the night about the objectives of the Liberal Democratic Party that fulling aligned with the reactivation of the Southern Cameroons identity.  Unfortunately, Professor Obenson died in a yet to be explained motor accident on his way to Yaounde shortly after the party was legalised. Mola Njoh Litumbe thence piloted  the party but the ideological orientation of the party remained intact until his transition.

Outside the structure of any political party, from the home of Mola Njoh Litumbe, sometime from my law firm or Professor Atang’s residence, we developed strategies on how to mobilise our people to reject the slave status that was imposed on us and rise to assert our liberation and freedom. Mola Njoh Litumbe was with us at the SCARM (formerly CAM) Batassof Hotel conference in Buea in which delegates from all the counties of the Southern Cameroons deliberated on mass mobilization, the signature referendum which overwhelmingly voted for independence and the Buea Peace Initiative to formalize the peaceful redeployment of La Republique du Cameroun and its criminal forces and administration from our territory. The idea to support the convening of the AAC1 which was first developed by George Ngwane, Bate Besong, Vincent Anu, Francis Wache and me was endorsed.

In attempting to stop Mola Njoh in his crusading leadership to free his people, the lava of freedom burnt the enemy and catapulted our cause to the international arena.  Mola Njoh Litumbe took our cause to all corners of the globe. He dared the coloniser and its criminal network in our territory on his own terms and left them defeated and humiliated. Enemy attempts to barricade his residence, arrest him or deny him his freedom of speech were defeated because the international media such as the VOA and the BBC were on hand to provide him their platforms to talk to his people while armed soldiers, gendarmes and police were out of his gate to stop him from coming out to speak to his people.

On the 14 May 2014, I submitted a ninety page petition that was authored by Mola Njoh Litumbe, Denis Atemnkeng, Hon Barrister Paul Ayah and me to the President of the United Nations General Assembly and to the Trusteeship Council.  I remember coming all the way from Arusha Tanzania to come and work with Mola Njoh Litumbe on that petition. The time I spent with him in that endeavour was so enriching and rewarding in many ways. He was a very knowledgeable man of wisdom and a passionate god fearing advocate of the truth and justice.

He was a towering fountain of wisdom that inspired and directed our freedom quest. Mola Njoh Litumbe is dead, but he will remain green in our memories and that of posterity. In honour to this great leader and thousands of Southern Cameroons martyrs of the revolution, we must fight on until the lofty mission for which they lived and died is attained.  Njoh Litumbe by his life and times taught us how to be great in humility. He did not seek power for the sake of power of for himself. He dedicated his life for the cause of the freedom of the Southern Cameroons and the people followed him because the truth and justice that he defended are power. He is dead but alive because freedom, justice and love for our people never dies.  He is alive in our spirit and in our determination to secure a free and independent Southern Cameroons. In him Southern Cameroons arose to fall no more.

By Chief Charles A. Taku