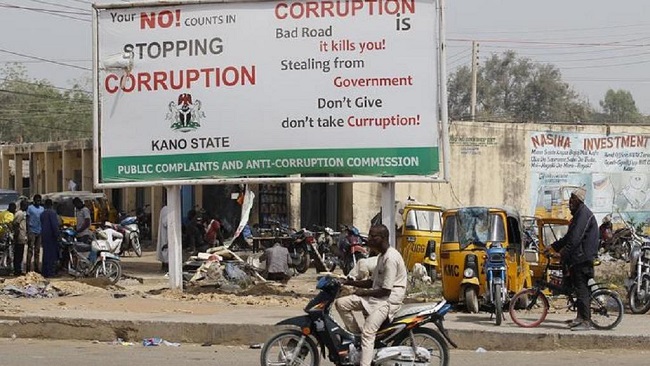 The conviction of former governor Jolly Nyame has boosted hopes of change in Nigeria which has battled against corruption for a long time.

Nigerian lawyers and activists on Thursday welcomed the jailing of a former state governor for corruption, hoping it will set a precedent for a string of other high-profile suspects.

Jolly Nyame was sentenced to 14 years’ jail on Wednesday for looting millions of dollars as governor of northeastern Taraba state between 1999 and 2007.

The judge at the court in Abuja condemned his crimes, which included inflated contracts for office equipment and stationery, “outright theft”. Nyame, a church pastor, was one of more than a dozen governors who left office in 2007.

They were questioned at the end of their tenures by the Economic and Financial Crimes Commission (EFCC).

Theirs and dozens of other high-profile graft cases, some dating back to the early 2000s, are still before the courts, having been delayed by repeated adjournments.

“There are a number of former governors still being prosecuted by the EFCC for corruption,” he told AFP. “Some of the cases have progressed substantially.’‘

“With the diligence of the EFCC in prosecuting these cases, hopefully the nation will witness more conviction of former political office holders.”

President Muhammadu Buhari, a no-nonsense former military ruler, has vowed to recover what he said were “mind-boggling” sums of public money looted by officials over decades.

The Nigerian statesman is the African Union’s anti-corruption champion, with the continental body having chosen to dedicate this year 2018 to the fight against the vice.

The EFCC, the country’s main anti-corruption agency, has been at the forefront of efforts to stamp out the practice, and has brought dozens of high-profile individuals to court.

But with many of them members of the former administration of Goodluck Jonathan and his Peoples Democratic Party, Buhari has been accused of conducting a political witchhunt.

The conviction of Nyame whose prosecution began before Buhari took office, and the renewed spotlight on the other outstanding cases from more than a decade ago indicate that corruption is not just a recent phenomenon.