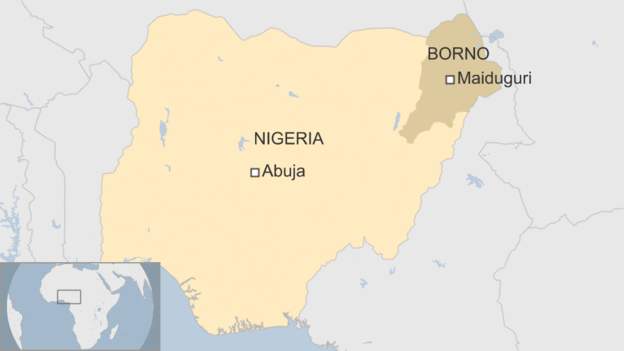 Two female suicide bombers have been confirmed dead after a failed suicide attack in the city of Maiduguri, Nigeria.

Local reports say the women detonated their vests after being denied entry into the are by security personnel.

In a statment Borno State Police said: “Two female suicide bombers in an attempt to infiltrate the Alikaramanti area, after Giwa Barracks, were intercepted by security operatives on duty, but they hurriedly detonated the IED strapped to their bodies, killing themselves and injuring nine others.”

He added “Corpses and injured victims have been evacuated to the hospital and normalcy restored.”