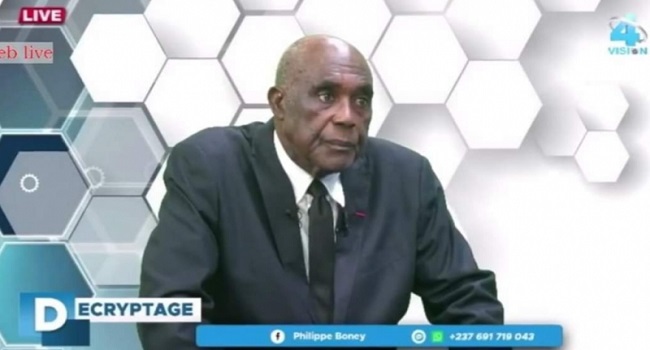 The dad of late Marc-Vivien Foé was the guest on the TV program “Décryptage” on Friday, July 1, 2022 aired on Vision4 to mark the 19th anniversary of the death of his son, who died on June 26, 2003 at the Gerland stadium in Lyon during the semi-finals of the Confederations Cup against Colombia.

19 years later, the late footballer’s dad, Martin Amougou Foe is still refusing the scientific thesis made public by FIFA medics on the passing of his son and continues to blame the late Foe’s wife, Marie-Louie Foe, of having killed his son.

Speaking on Vision4, Papa Amougou said his son was “poisoned” by his wife through a meal on the eve of the match against Colombia.

“Marc told me that after the game he will divorce her. I swear, God is my witness (…) At midnight, his wife brought him food at the hotel (…) It wasn’t Marc who could be killed like that. When Marc ate he started to vomit and had diarrhea, so we went to call the doctor, who worked all night to treat Marc“, revealed Marc-Vivien’s dad during the TV conversation.

He also did accuse his former daughter-in-law of infidelity towards his son.