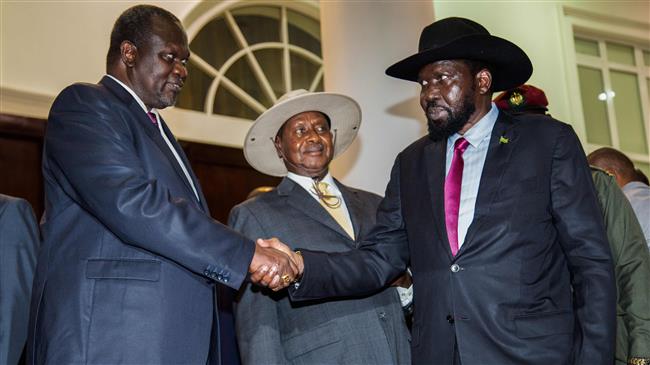 South Sudan’s President Salva Kiir said he is ready to accept a peace deal to end a civil war and set up an inclusive new government.

The deal being negotiated in Sudan would give the country five vice presidents and also covers security and power sharing.

“People talk about exclusivity, nobody is to be left out of the government. I accept it,” he said.

South Sudan erupted in conflict in 2013 because of a dispute between Kiir and his former vice president Riek Machar. Tens of thousands have been killed, a quarter of the population has fled their homes and the oil-dependent economy has been wrecked.

A 2015 peace deal briefly halted the fighting but it fell apart after Machar returned to the capital the following year.

The conflict has mostly been fought along ethnic lines, pitting Kiir’s dominant Dinka tribe and its rival, the ethnic Nuer of Machar.