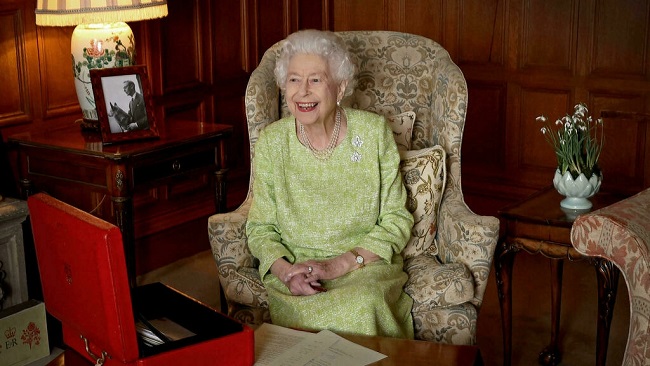 Queen Elizabeth II has cancelled two engagements on Thursday after she tested positive for coronavirus at the weekend, Buckingham Palace said.

“The two virtual audiences that had previously been scheduled to take place today will now be rescheduled for a later date,” a spokesman said.

Royal officials announced on Sunday that the 95-year-old head of state had tested positive and had “mild” Covid symptoms, but would continue with “light duties”.

Her eldest son and heir, Prince Charles, tested positive for the second time since early 2020 on February 10, two days after meeting his mother at Windsor Castle.

The Queen, who is in her record-breaking 70th year on the throne, cancelled similar virtual engagements planned for Tuesday but spoke to Prime Minister Boris Johnson Wednesday.

The monarch and the prime minister hold regular weekly meetings in private. They were conducted by telephone rather than in person due to coronavirus restrictions.

Palace officials said there were no further engagements planned for this week. The latest cancellation will inevitably stoke further fears for her health, given her advanced age.

As a precaution, the Queen and her husband Prince Philip moved to Windsor, west of London, in March 2020 as the global pandemic hit Britain.

The couple, who were married for 73 years, self-isolated with a reduced number of household staff. Philip, 99, died in April 2021, and his funeral was held under virus curbs.

Elizabeth returned to official duties after his death and as restrictions were lifted. But she was forced to slow down on medical advice in October last year.

The palace was forced to confirm that she had an overnight stay in hospital after going in for unspecified tests. Since then her appearances have become rarer.

She held a public engagement at her Sandringham residence in eastern England on February 5 on the eve of the anniversary of her accession to the throne in 1952.