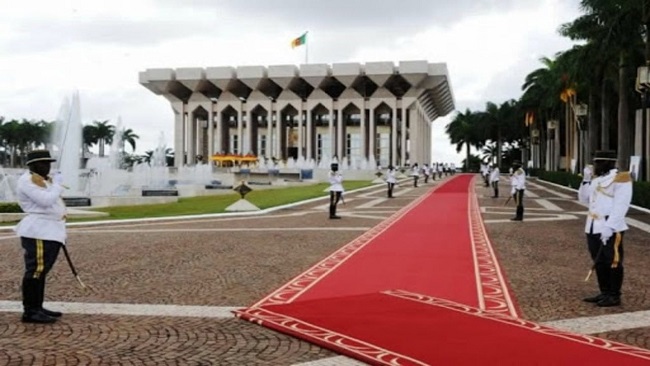 More secret meetings are still being held at the Unity Palace to find Dion Ngute’s replacement.

Dion Ngute, who became Prime Minister some three years ago, is viewed by the French and Cameroonian authorities as having fallen short of their expectations because he has not been able to douse the fire in the Southwest region.

He was brought in as Head of Government to help disconnect the Southwest Region from the separatist movement that is still tearing the country apart, as a strategy to roll back the revolution.

“Dion Ngute has failed as a Prime Minister. He is a nice person. He is mild mannered and very friendly, unfortunately he has not been able to establish  communication lines with Ambazonian fighters so that some of them could be convinced to down their weapons and return to a state of law,” a source at the presidency told Cameroon Intelligence Report.

“Many people are thinking that Dion Ngute could be replaced by Elung Paul Che, but many others wonder if he has any leverage over the Ambazonia Interim Government and its majority Amba fighters, many of whom pay allegiance to the Southern Cameroonian Diaspora,” he stressed.

“We need peace in Cameroon and many Cameroonians hold that if the post of vice president is created, it should be given to someone who can talk to the Diaspora and has much leverage over the separatists,” he underscored.

“We are hearing that the president and his men are seriously looking abroad for someone with vast knowledge and experience who can help  change things on the ground. The intelligence community has it that many Southern Cameroonians working in international organizations have much leverage as they help to finance the fighters. Bringing one of such persons into government might cut the fighters off some of their finances, making it possible for them to come to the negotiating table,” the source, who is a senior government official, said.

“The focus is now on Southwesterners in international organizations. The hawks in government hold that someone who is moderate and not tainted by the corruption in Yaoundé could be a welcome relief. The search for a real Southwesterner is even extended to some who are on retirement and the key factor here is they must be capable of talking with both the separatists and federalists,” he said.

“The hawks in government know that the mismanagement in Cameroon has put the government at odds with major global development finance institutions. They think that bringing someone from the world of finance and development will help the government to clean up its image,” the source added.

“There are a few Northwesterners who could be considered for this position, but it is feared they will not be supported by pro CPDM Southwesterners in Yaounde and that they lack the cloud that can help to bring the separatists back to the fold,” he pointed out.

“The African Development Bank, the African Union and the UN have some good Southwesterners. They are knowledgeable, they have been in the civil service and have been connected to the struggle in different ways, but their handicap is that they are loose cannons and electrons which cause doubts in the minds of the government hawks,” he stressed.

“I have been reliably informed that government delegations are currently in Abidjan and Addis Ababa to gather more intelligence on some people whose names are on the list. Things are moving very fast and change is really in the offing,” our source pointed out.

“Change is coming to Yaounde and it is bringing with it a lot of confusion and fear. We only hope we will get the right people. We need people who are trust-worthy. People who can silence the guns in the two English-speaking regions of Cameroon,” he said.

“While the French keep on pushing for the return of Abouem à Tchoyi, Cameroonians clearly think that Anglophones deserve the position of vice president and the next president should come from the English-speaking minority,” he furthered.

“We don’t need to ruin our country. We just need someone who will unite the country and bring about development in the country,” he concluded.