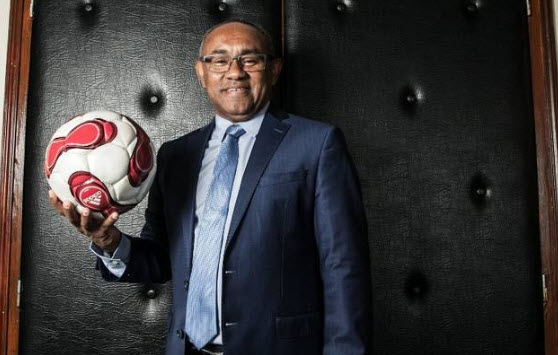 Shame on you, African football leaders 0

Instead of applauding and celebrating this week’s announcement that Fifa will give each of the five African representatives at this year’s World Cup in Russia an advance of $2 million (R25 million), African football leaders should hang their heads in shame.

The money, according to Confederation of African Football (CAF) president Ahmad Ahmad, is meant to help Nigeria, Senegal, Egypt, Morocco and Tunisia “settle beforehand the question of bonuses”. This assistance stems from Ahmad’s initiative that saw CAF give each of the five countries a $2.5 million grant to help them with their preparations.

While the baby-faced Ahmed jumped up and down in unbridled jubilation like a child who has just received an expensive Christmas gift following the announcement this week, it is the reason for this advance that provoked my ire. “To help settle beforehand the question of bonuses,” Ahmad gleefully and glibly said.

So following the theatrics that some African countries have performed just before World Cups, it has now become necessary for Fifa to take charge and prevent the shenanigans that have in the past badly affected the image of African football.

In a nutshell, Fifa’s decision means that African football bosses cannot be trusted to get their houses in order. They must be policed like a bunch of delinquent schoolboys, hence the five countries are the only ones of the 32 nations to get an advance.

All the other football federations will get their money at the end of the World Cup. Stories of the shenanigans of African players and officials around the World Cup are well-documented, dating as far back as the 1990 World Cup in Italy.

Then top goalkeeper, Cameroonian Joseph-Antoine Bell – whose nickname was Mandela – was dropped for his then understudy Thomas N’Kono after raising the players’ bonus issue. However, on the field of play, The Indomitable Lions became the first African country to reach the quarter-finals at the world’s biggest sporting spectacle.

In 1994, then Cameroon coach Henri Michel (may his soul rest in peace) was left pulling his hair out after he discovered on arriving in the USA that his Cameroonian team had less than 10 players. Reports were that some of the players were left in Cameroon as people heaved and shoved to get on to a plane, where it was first come, first served.

After the entire squad had finally assembled, they staged a strike about their bonuses. An official had to leave the west African country with a bag full of US dollars, as players would not accept cheques. It was only after receiving their qualification bonuses that the players started training.

Before even departing for the USA, the Cameroonian team’s planned trip to Asia for preparations was scuppered as players arrived at the airport to find that the plane had not been booked and that there were no $20 000 cheques waiting for them, as promised.

The players had demanded that they be paid this amount upfront to leave their families with some spending money during month-long absence from home. Michel had met Cameroon’s prime minister that week and a promise was made that the cheques would be delivered to the players at the airport, before their departure.

They never materialised and the players had to be crammed into a few small yellow taxis that ferried them back to their hotel. In 2014, Cameroon arrived late for the World Cup in Brazil due to pay disputes, Ghana’s government had to fly in $3 million in cash to avert a players’ strike, while Nigeria’s players cancelled a team practice, leading to fears that they might not honour their next game.

Ahmad was correct this week when he said: “Disputes over payments at previous tournaments led to situations that affected badly the image of African football, with a considerable impact on team performances.” However, what he might see as an achievement, I view as a serious indictment on African football leaders.

It shows a high level of irresponsibility and lends itself to the thought that the continent must always go cap in hand and be shown the way by Europeans. The African countries are the only ones receiving this advance and who can guarantee that it will indeed be spent on what it is intended for?

On a different note, as a South African, I cannot help but feel sad that Bafana Bafana are missing out on this event as the $2 million advance from Fifa, the $2.5 million from CAF, the $1.5 million that Fifa gives to all 32 football federations that will be at the World Cup for preparation, plus the $8 million prize money each country receives for participating, means the SA Football Association will lose out on a tidy $14 million (that’s a cool R175 million when converted).

And what about the whopping $38 million the winning nation will receive? Makes you ponder!