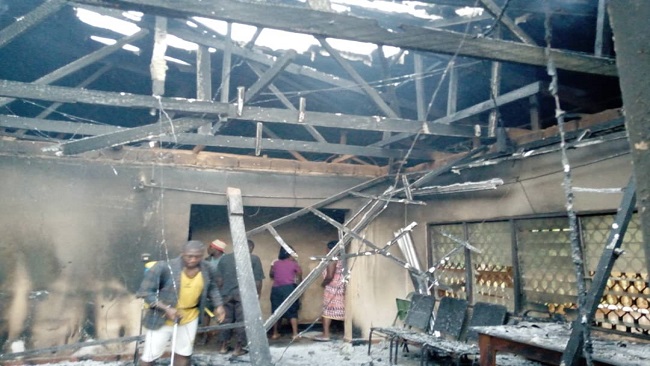 Beginning a new week of violence, 21 Southern Cameroonians were killed in both the northern and southern zones of the Federal Republic of Ambazonia by French Cameroun troops loyal to the regime in Yaoundé.

The Cameroon government soldiers stationed at the border town of Ekok in the Eyumojock sub constituency and those in Batibo and Widikum fled the areas, outgunned by Ambazonia Restoration Forces and reportedly opened fire at innocent Southern Cameroons civilians eye witnesses said.

Additionally, a bomb exploded at the Batibo residence of the renowned SDF MP, Hon Joseph Mbah Ndam which was home to a regiment of the Rapid Intervention Battalion (BIR) – the French Cameroun elite force carrying out the genocidal campaign in Southern Cameroons.

The explosion at the Mbah Ndam residence set roofs ablaze as Francophone soldiers who had been deployed to Batibo and Widikum to help the Social Democratic Front stage public rallies rolled into Batibo and Widikum shooting and setting fire on the entire Batibo, sparing nothing.

Our chief correspondent in Mamfe reported that houses, shops and even government buildings along the Bamenda-Mamfe highway were razed down completely by the French speaking soldiers. Southern Cameroonians have been devastated beyond what one can describe.” he added.

The Batibo and Widikum destruction comes after shootouts on Saturday evening in Fotabe and Tinto that killed 14 people. Four Francophone soldiers are also believed to be missing.