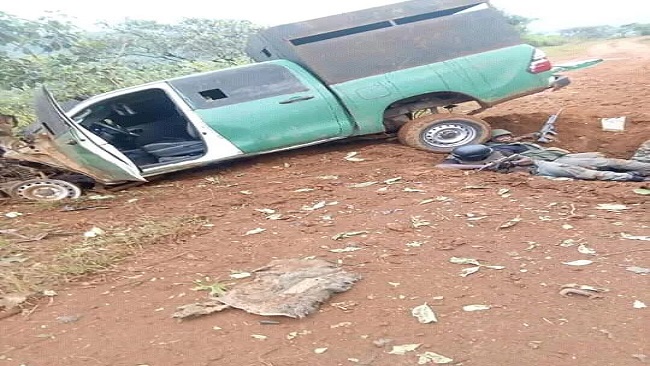 Security and local sources said on Saturday that a notorious separatist commander has been killed in Cameroon’s war-torn Anglophone region of Northwest in clashes between rival separatist groups.

The commander who was identified as ‘field marshal Insobu’ was killed in Bui division of the region late Friday after he attempted to attack another separatist group.

Separatist fighters released a video of him on social media saying they were celebrating the “death of a traitor”.

“The terrorist commander was responsible for countless killing and abductions of civilians and soldiers. He blocked a major highway in the region for over five years causing untold suffering. Civilians are actually celebrating his death,” a senior military official in the region who asked not to be named told Xinhua.

It is unclear whether other fighters were killed in the clashes.

Infighting among separatist fighters has caused the death of over 100 fighters since an armed separatist conflict erupted in Cameroon’s English-speaking regions of Northwest and Southwest in 2017, according to security reports.