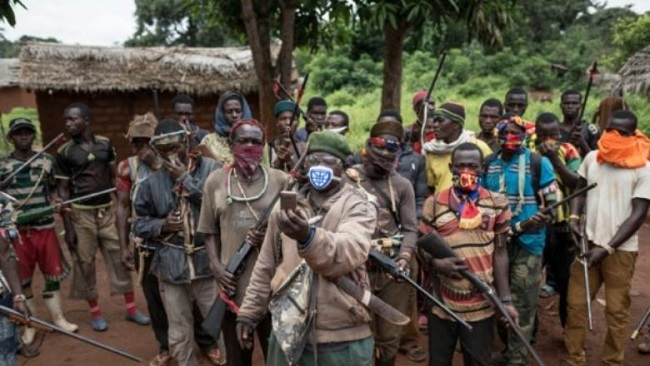 Southern Cameroons Crisis: Amba fighters are killing their own people 0

For many years, many Southern Cameroonians knew that Amba fighters were their protectors as the country’s military pounded the two English-speaking regions of the country in a bid to quell an insurgency which has rattled the Yaoundé government.

The country’s English-speaking Diaspora stood firmly behind the poorly trained, undisciplined and under-resourced ragtag group of fighters which has succeeded to give the country’s military a run for its money.

At the beginning of the conflict which pitted the Yaoundé government against its English-speaking minority, Southern Cameroonians abroad thought it was an obligation for them to support the fighters on the ground to enable them stand up to the military considered by Southern Cameroonians as an army of occupation and a bully which needed to be taught a few hard lessons.

And those lessons were actually delivered to many soldiers in a manner that was far from being fair.

Thousands of soldiers were killed, with some being subjected to the worst inhumane treatment. Their heads were chopped off and sometimes their private parts were cut off in a drama designed by the separatists to strike fear in the minds of young French-speaking Cameroonian soldiers who joined the military just to earn a salary.

Thousands of army soldiers have been maimed due to the senseless war in the country’s two English-speaking regions and thousands are also suffering from post-traumatic stress disorder resulting from the atrocities they have committed and the death of a comrade in arms or that of an innocent civilian who had nothing to do with the war.

But the damage triggered by Amba fighters is not only human. Many pieces of military equipment have been destroyed by Amba fighters, especially over the last two years when the ragtag military tactics morphed from directly challenging the military into planting unidentified explosive devices on major roads and highways.

Ever since this tactic got thrown into the mix, the military has stopped dispatching many trucks to the region, though it still has a heavy military presence in the two English-speaking regions of the country.

Amba fighters received praises from Southern Cameroonians, especially the Diaspora which has been the source of financing for the fighters.

But the once-upon-a-time heroes have morphed into villains who are doing a great job at kidnapping and killing the people they are supposed to be protecting.

Power, especially gun-enforced power, has gotten into the heads of the young fighters who are permanently alcohol-inflamed and under the influence of banned substances.

The guns, bought with money wired by the Diaspora, have become millstones around the civilian population’s neck, causing the locals to call on the Yaoundé government to protect them against their once admired ‘protectors’.

Instead of fighting army soldiers, Amba fighters are now either fighting against each other or killing Southern Cameroonians on ‘ground zero’ for reasons which cannot be explained by the various interim governments which have worked so hard to weaken the very insurgency they helped to manufacture.

Chris Anu, who has been a member of almost every interim government since the beginning of the insurgency, remains a lightning rod for controversy, making it hard for Southern Cameroonians to sympathize with him when their ‘first lady’, his wife, lost her battle against cancer last week.

But it is on ‘ground zero’ that the disaster manufactured by Amba fighters is taking shape. Summary executions have been stepped up and kidnappings have become the order of the day, causing many Southern Cameroonians to flee the very region they had vowed to protect. What an irony!

Last Saturday, an old man whose name the Cameroon Concord News got as Mr. Ebage, 73, was gunned down in cold blood and in the presence of his children in Muyuka, a town some 10 km from Buea, the capital of the Southwest region.

The young Amba fighters who carried out the execution of this retired hospital nurse did not charge the victim with any crime nor did they give him a chance for him to defend himself against any allegations which might have been made against him.

He had been judged without his knowledge and his execution remains a tough challenge to his family members, many of whom have made up their minds to leave their beloved Southwest for good. The land of promise has become the land of summary executions for many Southern Cameroons.

Southern Cameroons is the only ‘country’ in the world wherein family members of a dead person have to pay thousands of dollars just to bury their dead.

Strangely, these family members never receive a receipt for the payments they make and they cannot even protest when things go wrong. This has made many people to view the insurgency as a scam engineered to rob the people of their scarce resources.

Those who manufactured the insurgency had pompously told the world that Southern Cameroons would be the land of the free, but from every indication, freedom does not exist in that part of the world.

There is no freedom of speech as anybody who criticizes Amba fighters is rapidly deleted from the face of the earth and those who believe in federalism have been branded as blacklegs and death penalties are hanging over their heads like the Swords of Damocles.

The Southern Cameroonian population is really caught between the deep blue sea and devil. Amba fighters have issued a code of silence in the supposedly “the land of the free” and army soldiers are also implementing their own law.

The military enforced brutality is usually reduced once you get accused and hauled to the nearest jail where you are required to acknowledge a crime you never committed which, of course, would end up with you paying at least USD 500 for you to be released.

But Amba fighters have gone beyond peanuts. Once you get kidnapped by Amba fighters, know that your family will have to cough up thousands of dollars for you to come out alive from their “green jails”.

The insurgency has become a business and Amba fighters are outdoing the military when it comes to ransoms. The insurgency has created a new economy and the people are paying dearly for the pseudo-protection they are enjoying from people they do not know.

Those who bought weapons for the fighters are now paying ransoms and many now dread that phone call which might remind them of their mistakes.

Currently, some five priests are reflecting on their fate in unknown Amba jails for no crimes committed. They were whisked off some two weeks ago and Amba fighters, who have become experts at kidnapping, are asking for USD 100,000 which the Catholic church has clearly stated that it would not pay due to lack of funds.

The priests have now been left to their own devices and they do not know any fate Amba fighters have reserved for them.

The insurgency, designed to make things better for Southern Cameroonians, has become a massive nightmare to the population and there is no end in sight, as the region is awash with weapons.

Amba fighters have become the new masters, especially in rural areas. They are magistrates, lawyers, engineers, teachers, Men of God, local chiefs and councilors. One would think it takes time to train to become a lawyer or engineer, but the Amba training schools have reduced the London-based Rapid Results College to a child’s play as they are producing engineers and lawyers in weeks.

They may soon be producing medical doctors as the population’s health situation deteriorates and as the military bars government hospitals from treating wounded Amba fighters.

If Southern Cameroons must be that real land of promise, then those in control of Amba fighters must come up with new and innovative ways of controlling those fighters who are discrediting the insurgency. The protector has clearly become the villain and this is hurting.