Cardinal Tumi has spoken out against the recent use of military violence in the Southwest Region against Anglophone separatists, saying local forces need to respect human life.

“I have heard about those destructions and killings…and I think that has to be condemned. So my opinion is simple, we as Cameroonians should respect lives and the life of everybody,” he continued.

Military forces have been burning down villages in Cameroon’s Southwest Region, seeking separatist forces. Most recently, the town of Kwa Kwa, Matoh and the surrounding area was set on fire, which destroyed homes and the rectory of the local Catholic church. 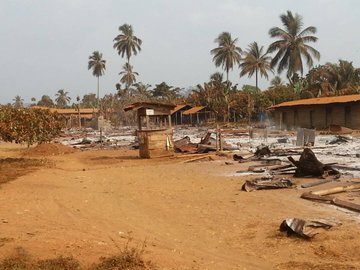 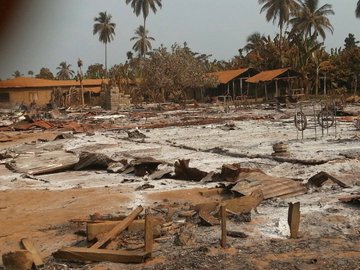 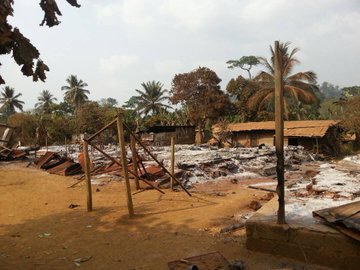 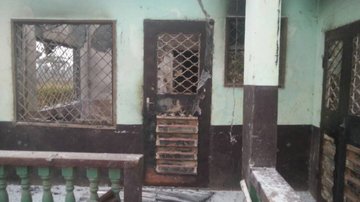 The attacks also claimed the life of a 96-year old woman who died in one of the buildings set on fire by military forces. In addition to causing deaths, the political crisis within Cameroon has also pushed thousands of refugees into neighboring Nigeria.

Unrest in Cameroon has been ongoing since 2016, when the country’s Anglophone community began protests to demand the return of federalism. These protests have gone so care as to call for secession from the current government, run by President Paul Biya.

Secessionist militants in the English-speaking region of Cameroon have also sought violence against government forces and began attacking military troops in November 2017.

Biya, who is likely to seek re-election after 35 years in office, is not expected to seek negotiations with the secessionists since 2018 is an election year, which could prolong the political tensions within the country.

However, Cardinal Tumi suggested that Biya is unware of the most recent attacks against southwest locals.

“I am sure that if the President of the Republic knows what is happening, he will condemn it, but on the country, he congratulated the army to bring peace,” Tumi said.

The cardinal was born in what is now Northwest Cameroon, but has served as a bishop, since 1979, in Francophone regions of the country.

According to reports, President Teodoro Obiang Nguema Mbasogo of Equatorial Guinea told reporters that the Cameroon crisis could only be resolved through dialogue.

“Cameroon is a big nation whose crisis requires concern of all forces. There is no nation without its own crisis,” President Nguema said, according to Xinhua Net.