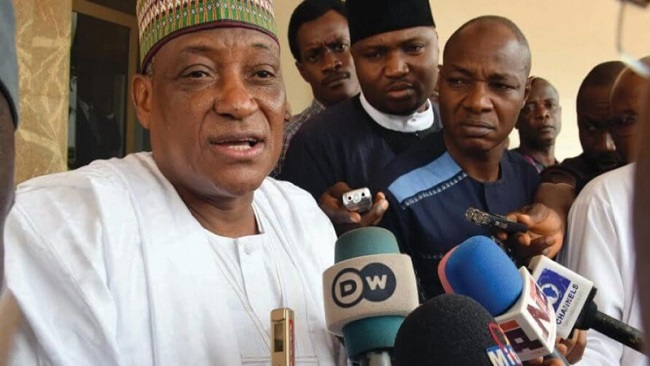 The Minister of Defence, Brigadier–General Mansur Dan–Ali (rtd) has been summoned by the Senate to explain why and how Cameroonian soldiers were able to invade Nigerian territories, arrest and cart away some Nigerians.

In issuing the summons, the upper legislative chamber also urged the Minister of Foreign Affairs, Geoffrey Onyema to “urgently liaise with his Cameroonian counterpart to secure the release of innocent Nigerians arrested by the Cameroon soldiers.

The Parliament also called for increased military presence in the Nigeria-Cameroon border, asking for intensified patrol within the area to prevent further acts of trespass by the Cameroon soldiers into Nigeria.

Other resolutions by the Senate include calling on Nigeria and Cameroon to strengthen the capacity of Nigeria-Cameroon trans-border security committee aimed at addressing emerging trans-border security issues confronting the two countries and the need for the United Nations High Commission for Refugees, UNHCR to intensify ongoing efforts aimed at protecting the Cameroonian refugees and assist in their voluntary repatriation, local integration or resettlement.

Senator Enoh, while leading debate on the motion, alleged that over 80 Cameroonian soldiers with various weapons crossed the international border of the Danare-Daddi/Danre-Bodom axis and abducted five natives.

He lamented: “This is a calculated assault/offence from the Cameroonian military on Nigeria and on outright defiance of Nigeria territorial sovereignty, not minding the consequences of crossing the international boundary to carry out intimidations and harassment on the already alarmed citizens of Danare, with warnings of further assault.”

The Lawmaker also expressed worry that “the current situation being faced by both the refugees and host border communities if not tackled urgently may result in both an outbreak of epidemic and a serious humanitarian crisis and further escalate the already troubling security situation along these borders.”

He noted: “The current agitation for the independence of Southern Cameroon has caused influx of refugees to some border communities in Cross River State and over six thousand of the refugees are currently squatting at Obanliku, Boki, Etung and Ikom local government areas of the state.”

Senator Enoh informed that the UNHCR had on December 17, 2017 biometrically registered 10, 000 arrivals in remote areas of Nigeria’s Cross River State and indicated that thousands more are awaiting registration.

He also expressed concern that “most of the refugees are ill and lack basic needs while some are expectant mothers without medical care.”

In his contribution, Senator Shehu Sani (APC, Kaduna Central) noted that invasion by Cameroonian gendarmes to Nigeria was caused by the tension, violence and conflict in the Southern Cameroon.

He, however, stressed the need for the federal government to act fast with a view to protecting the lives and property of Nigerians within the border towns, saying: “Nigeria cannot pretend that there is no problem within our borders.”

Senator Sani, who expressed surprise at the audacity of the Cameroonian soldiers in trespassing to the Nigerian territory, called on the African Union, Economic Community of West African States, ECOWAS and other relevant continental bodies to wade into the crisis in Southern Cameroon before it gets worsened.

Senator Barau Jibrin (APC, Kano North) in his contribution, said: “Though invasion by the foreigners was bad, he however, cautioned that the National Assembly cannot intervene on the matter “because Cameroon is a sovereign nation”.

Senator Sam Egwu (PDP Ebonyi North) said Nigerian territorial integrity has been violated by the action of gendarmes, and therefore urged the senate to summon the Minister of Defence to interrogation about the activities of the gendarmes in Nigeria.

When the motion was put to voice vote, it was unanimously adopted.