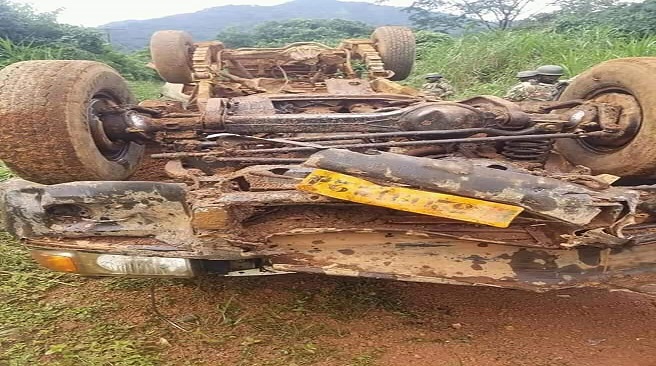 The Red Dragons of Lebialem have reportedly launched an attack in Mveh, killing dozens of Cameroon government army soldiers. Sunday August 1, 2021 assault is another shocking indicator of the Southern Cameroons uprising considered the world’s most neglected conflict by the Norwegian Refugee Council.

The Red Dragons have benefitted from sophisticated weaponry, which became readily available from several Amba harvests in the Lebialem constituency. The terrain in the entire Lebialem Division is also advantageous for the Red Dragons, as the Fontem hills and forest offer shelter and protection for Southern Cameroons Self Defense Forces.

Cameroon Concord News gathered that the Red Dragons successfully hit a Cameroon government army vehicle with an IED in Mveh around the Mary Health Center in Fontem Sub Division.

Ambazonia Restoration Forces primary source of anger and alleged motivation for recruiting local youth is the persistent level of inequality caused by French Cameroun exploitation and marginalization of the rich Southern Cameroons territory. English speaking regions in Cameroon are the poorest and severely lacking in investment, infrastructure, and resources.