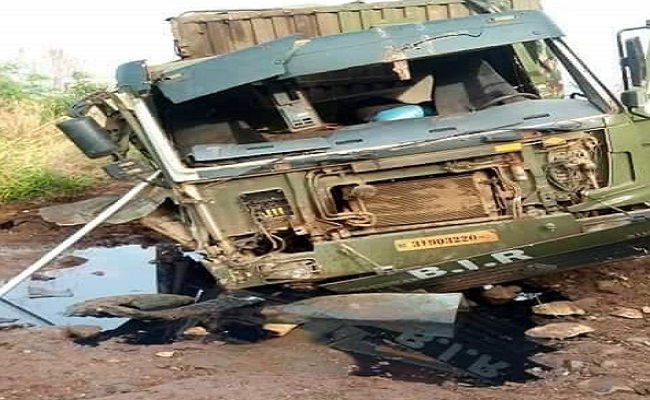 Nobody ever thought that the peaceful demonstrations organized by lawyers and teachers in 2016 in Cameroon’s English-speaking regions could morph into something more dangerous, especially as they were not planned and Cameroonians, at least, these generations, are not used to fighting for their rights.

If anybody had pretended about seeing the future regarding this dispute, it would have been the Yaoundé government which held that it would roll the “trouble- and attention-seeking” lawyers and teachers back to their courts and classrooms using the “government’s” conventional method of governance – military violence.

To the government, the people of Cameroon are like slaves and those in government must dictate everything to them. Arrogance has a way of blurring the human mind and when it gets mixed with egoism, the blindness could be total. That is the unfortunate tale of governance in Cameroon.

The people of Southern Cameroons had been pushed to a very tight corner for more than fifty years by a government they thought was theirs, but the government, for its part, really thought every Cameroonians was having a blast in the country.

There had been lots of red flags that could have alerted a people-centered government, but since the Yaoundé government and the country are about one person – the country’s president – nobody really paid attention to the challenges and frustrations that were stifling lives in Southern Cameroons.

The country’s educational policy in the past had created only a single university where French was the language of communication, causing most Southern Cameroonians to seek university education out of the country, with many ending up in the West or other English-speaking countries where the seeds of a dangerous rebellion were being slowly but surely sown.

The Yaoundé government was simply oblivious of the danger that was brewing in the two English-speaking regions. Unemployment, lack of social service, crumbling infrastructure and marginalization had compelled many Southern Cameroonians to look for greener pastures elsewhere.

America, Canada, the United Kingdom, Nigeria, South Africa and others offered a good environment for the fleeing Southern Cameroonians who needed a sound education that could proffer them huge opportunities on the global stage.

More than five decades following the wave of migration to these freedom-loving countries, many Southern Cameroonians have seen their dreams come through. Thousands have acquired knowledge and wealth and they honestly hold that their country of birth could be better if the rules of governance could be altered a bit.

This school of thought has been common among the Southern Cameroonian Diaspora which holds that it too can have a say in the management of the country’s affairs. But their concept of governance cannot be applied in Cameroon as the Yaoundé government thinks differently and its policies are designed to keep one person in power forever.

Changing the core principle of governance in Cameroon will imply that the president’s rights would be curtailed, and his authority would not be felt in every nook and cranny of the country.

But the Southern Cameroonian Diaspora which is replete with some of the finest professionals in all walks of life has been lying in wait for the government to make its mistake. And the mistake came when lawyers and teachers called for a federal system that would enable Southern Cameroonians to be masters of their destiny and the government responded by arresting the leaders of the demonstration and sending out its “dogs of war” to mow down any dissidents who stood in its way.

A peaceful demonstration was therefore transformed into a military conflict that is in its fourth year and has sent thousands of young Cameroonians to an early grave.

While the government threw its entire military into the war, Southern Cameroonians used whatever means that were available to them. Catapults, machetes, and hunting rifles were employed by hastily formed Southern Cameroonian fighters to protect themselves and their people against the Yaoundé genocidal regime whose intention was to kill anything in its paths.

The country’s military burned down homes, businesses and even the helpless elderly people were roasted alive to send home a message to any young men and women who had opted to fight against the country’s military. But its message was the wrong message. It completely fell on deaf ears.

The dynamics had changed. The world had become a global village, significantly reduced by the invention of “technologies of freedom” which enabled ordinary citizens to capture the government’s horrific acts in Southern Cameroons and share them with the Diaspora which has also been seeking to jump into the fight.

These shocking videos triggered waves of resource mobilization campaigns across the globe. In less than no time, the catapults, machetes, and hunting rifles were replaced with more sophisticated killing machine which caused the military to rethink its strategy.

The mass murdering of ordinary people by the military would no longer go unpunished. Revenge was driving the fighters and anybody suspected of collaborating with the regime became a target. Southern Cameroonian fighters attacked soldiers all over the two English-speaking regions, killing thousands and sending many to hospitals around the country.

The power dynamics were no longer in favor of government forces. In the Southwest and Northwest regions, the massive jungles and wide savannas provided coverage for the determined fighters and they made the most of this natural advantage. Those who doubted the determination and courage of these fighters had to think twice before expressing their views, especially as the number of body bags heading to East Cameroon increased by the day. The tell-tale signs of a political and military miscalculation had begun appearing on the government’s dashboard.

The “two cubes of sugar” which were supposed to have melted are not going anywhere, anytime soon. The fighters are determined, and the weapons are pouring into Southern Cameroons to bring about a quick fix to the mistakes made in Foumban. The much-dreaded Brigade d’intervention rapide (BIR) has been demystified in Southern Cameroons, with many of its officers either captured, injured, or killed in a very graphic manner that has even shocked government officials who, at the beginning of the fighting, thought the country’s military would sweep through the English-speaking regions like a Tsunami, swallowing up all the free radicals challenging their authority.

Instead of seeking sustainable solutions to the problem, the Yaoundé government has been performing a mincing dance around the truth, using all tricks that it thinks could douse the fire. But the problem will not go away anytime soon without genuine, frank and fruitful negotiations held in a neutral place and facilitated by a neutral body or groups of neutral persons and countries.

As the government drags its feet, so too does the situation evolve. Southern Cameroonian fighters have been honing their skills and strategies. Over the years, they have found innovative ways to diminish the enemy’s presence in their territory.

While the fighting was started with hunting rifles, AK-47s were thrown in the mix as things progressed and their presence has been a long nightmare to the Cameroon military. These dangerous Russian-made war machines have cut short the lives of many soldiers, sending their families into long periods of mourning. Many are already questioning the rationale behind the fighting.

But the fighters are not yet done. They still have unfinished business. Southern Cameroons is not yet independent. They still have more tricks up their sleeves. In their view, the enemy must be humiliated. Either he comes to the negotiating table or he will be pushed out of the mineral-rich region.

The lethality of the weapons in the hands of the determined armed fighters has morphed into something more sinister. The AK-47s are gradually yielding the floor to IEDs which have struck fear into the minds of French Cameroon soldiers.

These IEDs have been going off every day and they are decimating the military population in Southern Cameroons while robbing the government of the expensive military trucks the French and Chinese have been supplying at a very high cost.

The Northwest region, in particular, has become a graveyard for many young soldiers who get blown up by these IEDs. The Yaoundé government is in the grip of confusion. It has thrown all it has at the Southern Cameroonian fighters but none of its military devices has dampened the determination of the “boyses in the bushes” who are determined to bring about an independent Southern Cameroons.

The IEDs are hurting. Yaoundé is looking for a way out. It needs help. It has put itself in a tight corner. It has finally understood that not all battles get won militarily. Diplomacy sometimes trumps over violence.

The pain is too much. Many bereaved families blame the government for the deaths of their loved ones. They hold that real dialogue could help reduce the number of IEDs.

The IEDs are really hurting to the extent where even regime stalwarts such as Prof. Jacques Fame Ndongo, a strong believer in military violence, are now telling the world that the Yaoundé government is ready for talks on federalism. Can he be truly considered as a bearer of a special message from the Unity Palace? What has happened to the melting of the “two cubes of sugar?”

Is the government suddenly realizing that its military might may not put an end to its nightmare? Even if Prof. Fame Ndongo’s message were to be taken seriously, can anybody really trust a government that is wont to speaking from both sides of its mouth?

If the government really wants to end the mess it has created in Southern Cameroon, it must start implementing some confidence building measures which will reassure the fighters and the Diaspora. A general amnesty to all those who have been remotely or directly involved in the conflict will be a welcome measure.

The release of Sisiku Julius Ayuk Tabe, the poster boy of the revolution, and all those who have been arrested over the last five years due to this conflict will be considered a sign of seriousness on the government’s path. The government could also set up a commission comprising trusted national and international personalities to run the period leading up to the discussions and the implementation of any resolutions and recommendations that will be made during the negotiations.

Without such confidence-building measures, Southern Cameroonians will continue to be wary of a political system that is full of snares and hypocrisy. The ball is in the government’s court and it is up to it to take the right decisions and measures. The more it delays, the more the IEDs will continue wreak havoc on the country’s military.