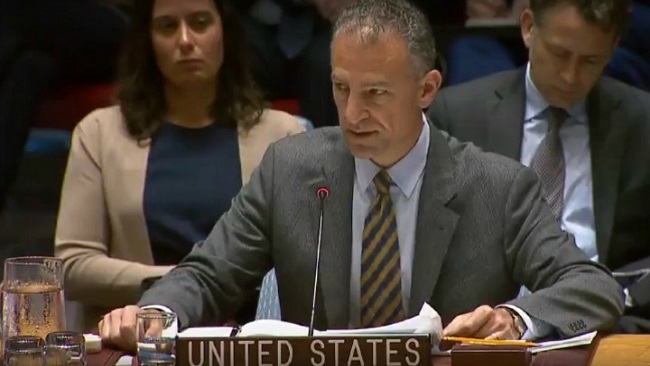 The United States demanded an immediate end to violence in Cameroon on Thursday and a speedy start to talks between the government and Anglophone separatists without preconditions.

October was the most violent month on record in recent years — and November is likely to surpass it, he said. Hundreds have been killed in Cameroon’s English-speaking regions in months of fighting between the military and separatists who claim they are marginalized in the largely French-speaking country.

“The violence must stop now,” Cohen said. “The United States calls for an immediate and broad-based reconciliatory dialogue, without preconditions. … We urge all sides to foreswear violence, to restore peace, and to resolve their grievances through political dialogue.”

He said the escalating violence is obstructing the delivery of humanitarian aid to over 430,000 internally displaced people as well as education and health access to children in rural areas.

Reena Ghelani, director of U.N. humanitarian operations, warned that Cameroon is “one of the fastest growing displacement crises in Africa,” saying that in addition to those who have fled their homes and remain in the country over 30,000 Cameroonians have crossed the border into Nigeria seeking refuge.

The majority of internally displaced Cameroonians “are hiding in dense forests, without adequate shelter and lacking food, water and basic services,” Ghelani said. “Schools and markets are also disrupted and there are alarming health needs.”

“We note with great concern the deteriorating situation with respect to the protection of civilians, including reported killings, burning of homes and villages, extortion and kidnappings in the South West and North West regions of Cameroon,” she said, adding that there have been multiple attacks on schools and threats to students and teachers.

This represents 20 percent of the U.N. appeal, he said, urging other countries to contribute.

Both Allen and Cohen stressed Cameroon’s important role in fighting against the Boko Haram group and other Islamic State extremists.

Cohen noted Cameroon President Paul Biya expressed confidence in his inaugural address on Nov. 6 that “there is an honorable way out in everyone’s interest.”

The United States encourages Biya “to make good on his commitment to accelerate the decentralization process” and implement recommendations of a Cameroonian commission on bilingualism and multiculturalism, Cohen said.

Allen said that “words alone will not improve things” and strongly urged Cameroon’s government to take urgent action to start a dialogue, undertake confidence-building measures, allow humanitarian access throughout the country, and ensure “accountability for all those responsible for human rights violations and abuses.”