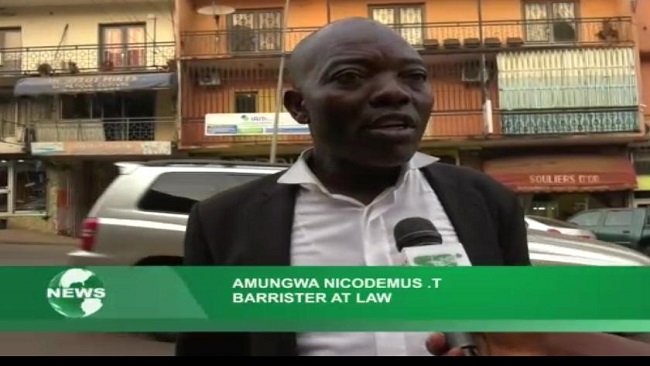 After five days of searching for his imprisoned clients, lawyer Nicodemus Amungwa stood up in a court in Cameroon this week to reveal the strange truth: The prisoners had vanished.

Mr. Amungwa had hunted for them everywhere, shuttling from office to office in the maze of military and judicial authorities that might be holding the three men. In the end, he could determine only that unidentified security officers had abducted them from their prison cells on Oct. 13 and taken them to an unknown location.

The disappearances of Tita Tebid, Hamlet Acheshit and John Fonge are just the latest twist in the government’s increasingly violent conflict with armed separatist groups in Cameroon’s minority English-speaking regions. More than 3,500 civilians have been killed and nearly a million have been forced from their homes as a result of the conflict that began in 2016.

Enforced disappearances, incommunicado detention and torture in unknown locations are among the increasingly common tactics the government has used against the separatists, according to defence lawyers and human-rights groups.

Two of Mr. Amungwa’s clients, already detained for four years without trial on vague charges of terrorism and other offences for their alleged role in armed separatist groups, were due to appear on Monday at a military tribunal in Cameroon’s capital, Yaoundé. Instead, the lawyer had to tell the judge his clients were among the three prisoners who had disappeared.

“She was amazed, she was flabbergasted, to hear that we don’t know where our clients are,” Mr. Amungwa told The Globe and Mail in an interview.

He and a team of defence lawyers have been left in the dark as they search for their clients. “They appear to be here and are not here, they appear to be there but are not there,” Mr. Amungwa said.

Human-rights activists are increasingly fearful that the prisoners could be subjected to abuse or even torture in secret detention sites – a practice that has been documented in Cameroon for years.

In one notorious case, Cameroonian journalist Samuel Wazizi disappeared on Aug. 7, 2019, after he was removed from a police station and taken to a military site in an anglophone region. He was accused of being a terrorist in a separatist group, but he told his lawyer he was arrested for criticizing the government’s handling of the crisis in the English-speaking regions.

Not until June of the following year – after 10 months of silence – did the authorities finally confirm that Mr. Wazizi had died in detention.

In another case, documented in a report by Amnesty International, Cameroonian authorities held more than 100 detainees incommunicado and tortured many of them in a detention centre in Yaoundé from July 23 to Aug. 4, 2019.

Now there are concerns that the three disappeared prisoners could suffer the same fate.

“They were bundled out of Kondengui prison like cargo from a warehouse,” Mr. Amungwa said.

“Kondengui is serving like a private warehouse for judicial officials who just keep their goods there and take them out, whenever they need, to whatever place they want. They should stop using the judiciary as a tool for intimidation and repression.”

Jackie Fearnley, a British-based campaigner for Cameroonian refugees and political prisoners, said it is very likely the prisoners were taken to a bunker where torture and brutal treatment are common. “Over many years, I have been shocked by the routine use of torture in Cameroonian prisons,” she told The Globe and Mail.

The prisoners disappeared at a time of growing military tensions in the English-speaking regions. About 15 soldiers were killed last month in two ambushes by separatists who used bombs and an anti-tank rocket launcher, an example of the increasingly heavy weaponry of the separatist militias.

Since then, the Cameroonian military has sent additional troops and vehicles into the Northwest Region, and the clashes have worsened, including reported military attacks on village homes.

Last week, a military police officer shot at a car and killed a five-year-old girl in Southwest Cameroon, another anglophone region. A crowd responded by killing the officer, and two days of protests followed. The officer reportedly fired at the car because its driver had refused to stop at a checkpoint.

In an earlier incident in August, a Canadian employee of the International Committee of the Red Cross was killed by armed men in the Northwest Region. The killing of Diomède Nzobambona has not been solved.

About one-fifth of Cameroon’s 26 million people are English-speakers, living primarily in the Southwest and Northwest regions, which were a British territory in colonial times.

For decades, they have complained of inequality and discrimination by the government and the francophone majority. A protest movement in 2016 and 2017 led to a violent crackdown by the government, followed by a unilateral declaration of independence by the leaders of the anglophone regions, which formed a self-declared state known as Ambazonia.