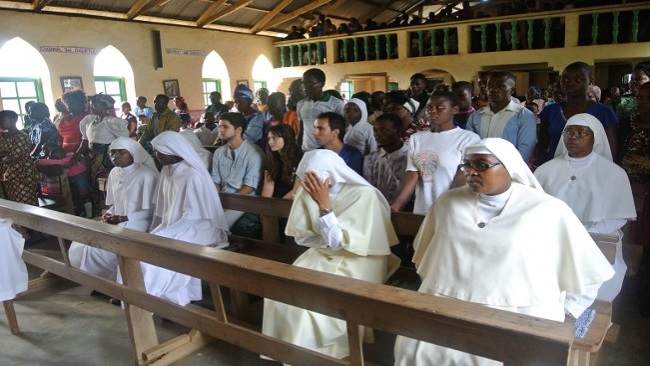 Three Franciscan sisters and 13 novices travelling from Bamenda to Shisong in Northwest Cameroon have been released, after they were captured by separatist fighters in the small village of Bamessing yesterday.

The hostage-takers were positively identified by an ecclesiastical source as the “Amba boys” – separatist fighters using hit-and-run tactics to engage the armed forces of the Republic of Cameroon in a guerilla warfare for the separation of English-speaking Cameroon from French-speaking Cameroon and the independence of the new nation they have named ‘Ambazonia.’

This nearly three-year conflict has led to several hundred deaths on both the militia and government forces sides, 300,000 refugees in Nigeria and more than 80,000 internally displaced persons in Cameroon.

The separatist fighters are known to dig up trenches on the main road leading from Bamenda, the capital city of the Northwest Region, to many other villages and towns surrounding it, mainly in a bid to prevent military transport and soldiers from reaching their hideouts.

The kidnappers held the religious sisters and their novices hostage in a remote bush overnight, as negotiations took place between an official of the Diocese of Kumbo and the hostage takers.

A source at the Diocese of Kumbo confirmed that the Amba boys had taken the sisters hostage because of what they perceived to be the support of the Church for a peace conference convened by Christian Cardinal Tumi.

The sisters and the novices were released unharmed on the afternoon of November 16. They were handed over to representatives of the Diocese of Kumbo. The conditions of their release were not clear.