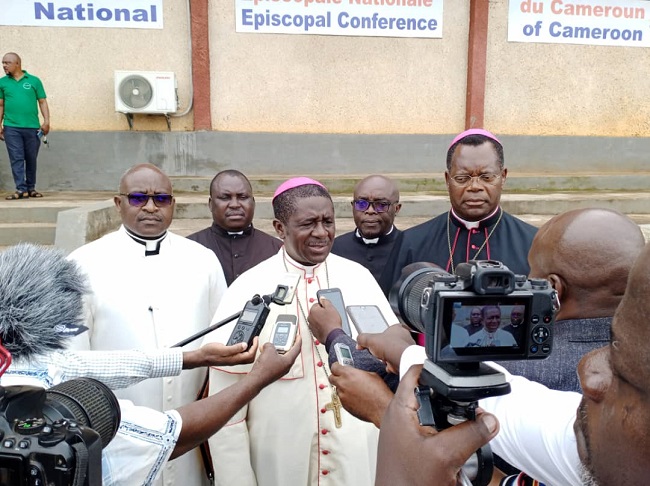 St Mary Church Crisis: A ransom has been requested for the 9 people kidnapped 0

The kidnapping of nine people in the attack on the church of Saint Mary, in the village of Nchang (see Fides, 19/9/2022) has been revealed a kidnapping for ransom. Msgr. Andrew Nkea Fuanya, Archbishop of Bamenda, stated this, affirming that the kidnappers have demanded a ransom. Monsignor Nkea added that there are groups that see the Church as an “easy target to make money”.

We remember that on the night of Friday, September 16, an armed group attacked and set fire to the church of Saint Mary, kidnapping five priests, a nun and three lay people (a catechist, a cook and a young woman) after the ambush.

Since 2016, the northwestern and southwestern regions of Cameroon have been in the grip of a bloody conflict between the English-speaking separatists and the military of the French-speaking majority state.

The violence has claimed more than 6,000 lives and displaced about one million people.

At the beginning of September, Bishop Nkea, who until May was apostolic administrator of the diocese of Mamfe (where the town of Nchang is located) and president of the Episcopal Conference of Cameroon, called for an intervention by the international community, which “seems having forgotten the English-speaking crisis”. “We try to encourage priests, men and women religious to continue to operate in the two English-speaking regions – he reported in an interview with the French section of Vatican News – but we Bishops receive daily messages that threaten our dialogue efforts: if we speak with the government, the secessionists accuse us of being pro-government; if we talk to the secessionists, the government accuses us of being with the secessionists. It is a delicate situation, but the Bishops must continue to mediate between the parties”.