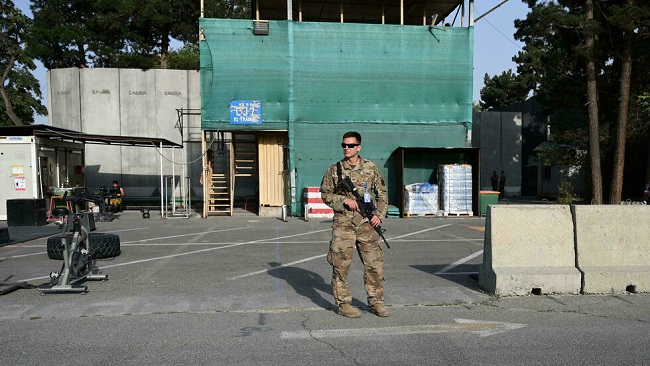 The Taliban do not want to battle government forces inside Afghanistan’s cities, a senior insurgent leader said Tuesday, as the militants also warned Turkey against extending its troop presence.

The insurgents have swept through much of northern Afghanistan in recent weeks, and the government now holds little more than a constellation of provincial capitals that must largely be reinforced and resupplied by air.

On Tuesday, the head of a Taliban commission that oversees government forces who surrender to the insurgents urged the residents of cities to reach out to them.

“Now that the fighting from mountains and deserts has reached the doors of the cities, Mujahiddin don’t want fighting inside the city,” Amir Khan Muttaqi said in a message tweeted by a Taliban spokesman, using another term for the group.

“It is better… to use any possible channel to get in touch with our invitation and guidance commission,” he said, adding this would “prevent their cities from getting damaged”.

The strategy is one well-worn by the Taliban — particularly during their first rise to power in the 1990s — cutting off towns and district centres and getting elders to negotiate a surrender.

In a separate statement Tuesday, the Taliban said Turkey’s decision to provide security to Kabul airport when US-led forces leave was “reprehensible”.

“We consider stay of foreign forces in our homeland by any country under whatever pretext as occupation,” the group said, days after Ankara agreed with Washington to provide security for Kabul airport.

As foreign forces wind up their withdrawal — due to be completed by August 31 — the situation on the ground is changing rapidly.

The top US general in Afghanistan relinquished his command Monday at a ceremony in the capital, the latest symbolic gesture bringing America’s longest war nearer to an end.

The pace of the pullout — and multiple offensives launched by the Taliban — have raised fears that Afghanistan’s security forces could be swiftly overwhelmed, particularly without vital US air support.

But Turkish President Recep Tayyip Erdogan said Friday he had agreed with the United States on the “scope” of how to secure Kabul airport.

Peace talks between the insurgents and the government supposedly taking place in Doha have largely fizzled out, and the Taliban now appear set on a complete military victory.

But claims by the hardline group to control 85 percent of the country are impossible to verify independently — and strongly disputed by the government.

Still, the situation has alarmed foreign nations, and on Sunday India became the latest country to evacuate some of its diplomats.

On Monday, Russia announced it was relocating some diplomats to Uzbekistan, while China also evacuated 210 nationals from Afghanistan.