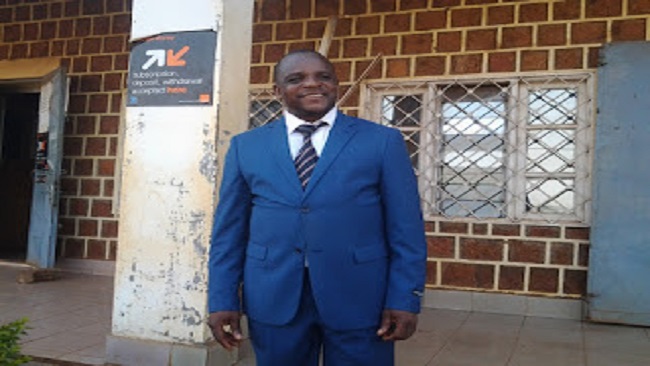 Tarlishi Oliver: How to move from a fraudulent Mathematics teacher to a Regional Delegate of Secondary Education in Cameroon 0

Strange but true. That’s Cameroon for you. Pegue Manga reported in a release that the Registrar of the Cameroon General Certificate of Education, GCE Board, Dr. Omer Weyi Yembe, September 13, 2005, issued a release cancelling the 2005 Ordinary Level results of Government Secondary School, GSS, Tabenken in Donga and Mantung Division for copy work and cheating.

That year James Wenong wrote “The perpetrators are very lucky to be in Cameroon. In Developed Countries, they will all be axed from their jobs, sent to jail and be banned for life. In Cameroon, they keep their jobs and can return after a three-year probation. That is a joke. Lucky criminals”.

The Yembe-signed release also banned some nine teachers of GSS Tabenken who were said to have helped the students to cheat, from taking part in any aspect of examinations organised by the GCE Board for a period of three years.

They included among others a certain Oliver Tarlishi – Mathematics Teacher of GSS Tabenken. (Details can be obtained from Searches related to Tarlishi and GCE examination fraud in Cameroon.

Subsequently, as if to compensate the said Tarlishi Oliver for his mischief, he was on several occasions and in a row appointed Principal of many secondary schools.

The question here is when Tarlishi Oliver was principal in the series of secondary schools, did he take part in the management of the GCE examinations (the GCE Board during examinations normally appoints Principals of schools to act as Chiefs of Centre).

What role did he play in the GCE examinations when he served as Principal?

Presently Tarlishi Oliver is the Divisional Delegate of Secondary Education in Donga and Mantung Division.

With the current socio-political situation in the North West Region of Cameroon, he is conspicuously absent from his Nkambe office, as he has to proof his allegiance to the ruling CPDM party by running messy and difficult errands for Mr Fuh Calistus Gentry – Secretary of State to the Minister of Mines, Industries and Technological Development (from Misaje Sub Division, Donga and Mantung Division) and Ngala Gerard – the section president of the CPDM in Nkambe in the North West region (from Ntabenken).

He is not a fool! He is playing his last cards while eyeing the post of Regional Delegate for Secondary Education.

It is worthwhile noting that Tarlishi Oliver, while serving as Principal was at the head of a network which collected monies from teachers in exchange for appointments.

The other teachers banned that same year 2005

Cameroon is going down the drain and it must be known that those pushing the country down the bottom of the abyss  also include teachers, many of whom are sucking up to corrupt politicians to earn what they do not deserve.

The citizens of this country must stand up for their country. They must take back their country, if not things will bottom out and that will be very soon.

By Soter Tarh Agbaw-Ebai with files from Cameroon Intelligence Report