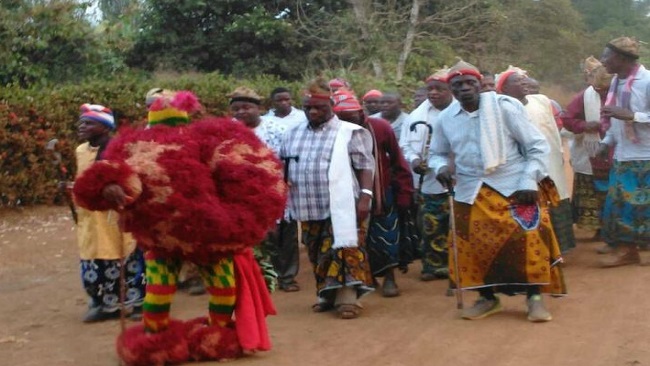 Culture is the individualities and knowledge of a particular group of people, encompassing language, shared habits, music, and arts. The challenges for various structures of cultural institutions in Africa over the last centuries have been abundant but with a solid foundation of truth and justice, the institution of Ekpe has made hundreds of Manyu generations in the Cameroons rightfully honoured. Not even the Christian missionaries of the last seven score years could penetrate and distort the foundation of this cultural giant.

Over the last centuries, Epke has come to define and distinguish Manyu culture. With solid societal norms which go beyond the realms of this editorial, this institution has become an envy of many the world over. But the falsification of cultural institutions from within and external elements has been one of the most under-reported cultural crimes within the Manyu and Cameroonian community.

Ekpe has heavily influenced community peace, truth, and justice since the Manyu man started living in communities over 5500 years ago. With the growing influence of money over the last five decades, hundreds of Manyu men have expressed interest in buying their way into membership and leadership of this sacred institution. This is a trend that the elders and custodians are thankfully putting a stop to.

The title of Sessekou was on the verge of becoming so commercialized that the proud traditions were in danger of becoming trivialized. A cultural title is something which one should inherit from his ancestors and not bargain after earning a few dollars in the West.

The 25 July 2020 video publication on the YouTube platform upon which the elders and Ekpe Chiefs of Ntenako village found Johnnes  Arreymbi of London guilty of the cultural wrongdoing and also for posing as a Sessekou for too long in the UK is a stark reminder of the valleys many would descend for phoney self-aggrandizement. The video from the great people of Ntenako in their most raw, explicit, and unrestrained was unequivocal. Johnnes  Arreymbi has been passing for a Sessekou in the diaspora for over ten years and has been treated within the Cameroonian community with the veneration that the title attracts.

With the embarrassment of having been uncovered as a cultural imposter, a predictable but baseless and feeble social media fight-back was launched. Arreymbi’s fight-back to safe face can be seen by even the blindest amongst the blind. His tactics risk causing deep and lasting damage to the reputation of his village, clan and Ekpe. Trust in cultural institutions is an essential foundation and a basic human trait. Any cultural institution that is partial in its deliberations and decisions is viewed as lacking in credibility and such a reputation will be difficult to shake off.

The notion that the Elders and Ekpe Chiefs of Ntenako village on three occasions could not remember when they performed a celebrated public event of Sessekou Enthronement is not plausible. Any attempt by anyone in Manyu or London to perpetuate this gigantic lie would be met with vociferous consequences by the custodians and sympathizers of the Manyu culture.

This brings us to London, 17 October 2020. Cameroon Concord News Group has been reliably informed that a certain Sampson Tanyi, who arrived in the United Kingdom when Kwame Nkrumah was the chairman of the OAU and still has no intention of retiring to Manyu has voluntarily ventured into uncharted territory. This publication understands that the said Sampson Tanyi who has been described by many within Manyu circles as a prominent and successful failure is attempting to do the unthinkable by challenging the due process that led to the uncovering of this serious cultural crime.

Manyu cultural barons and custodians at home and in the diaspora are watching the current comedy led by this Self-appointed Quarter-head with wonderment and interest. One thing must be made clear to the cultural clowns and impostors in London: anyone who attempts to challenge the decision of the Epke custodians in Ntenako and Manyu on this matter would be embarking on a journey of many dangers as the consequences would be unimaginable.

We of the Concord Group publication are watching the cultural humourists and charlatans in the United Kingdom closely. All collaborators of the Sampson Tanyi in this pseudo-cultural endeavour would face the full force of Ekpe and Manyu.

The impulse to cheat is evident in many humans and wherever there are influence and money; villains and charlatans are never far away. Africans love titles but most Manyu men are predominantly obsessed with being Sessekous for honour and veneration and this fixation is driving many to obtain it by hook or crook. Ekpe as a cultural institution should not be misused and phoneys should not be shielded.

Ekpe represents a critical piece of Manyu identity as it forms the foundation of its social order. It reminds us of our past, shapes who we are today and will make the future of our descendants richer. The variety and vastness of the Manyu semi Bantu kingdom can sometimes make communication and stability demanding but Ekpe has reigned supreme in breaking these barriers and ensuring consistency, justice, and continuity.

What started as an investigation into an Ekpe title impersonation has now uncovered unanswered and pressing questions about academic titles. But for this editorial, Cameroon Concord News Group will stick to culture and Ekpe.

If Ekpe and the custodians of the Manyu culture dream of a world where no mortal will scorn or impersonate the coveted title of Sessekou, the time to put a stop is now. Sampson Tanyi and the charlatans of his Ekpe-meeting-by-zoom should take special note. Ekpe must employ this opportunity to underpin the values and beliefs that the Manyu community cherishes. The alternative to putting a stop to cultural corruption and impersonation is taking these values for granted.  If any culture is diluted and taken for granted, our way of life will become foreign to us and our descendants. And Manyu intends to pursue that path not.