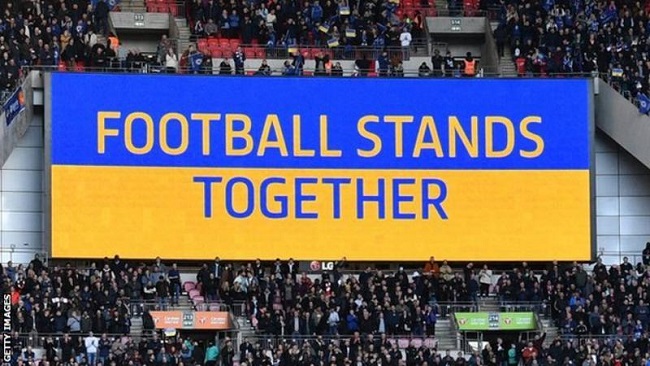 Tit for tat: China will not show Premier League games over Ukraine support 0

Chinese rights holders have told the Premier League they will not broadcast English top-flight matches this weekend because of the league’s planned shows of support for Ukraine, the BBC has learnt.

China is a close political ally of Russia, which has invaded Ukraine.

The Premier League has said it “wholeheartedly rejects Russia’s actions” and is set to show solidarity with Ukraine.

“We call for peace and our thoughts are with all those who have been impacted,” it added, when announcing its plans earlier this week.

That will include captains wearing special armbands in Ukrainian colours, while stadium screens will display ‘Football Stands Together’ in front of the country’s blue and yellow flag.

Fans have also been encouraged to join “a moment of reflection and solidarity before kick-off at each game”.

When asked about the Chinese refusal to show matches, the Premier League declined to comment.