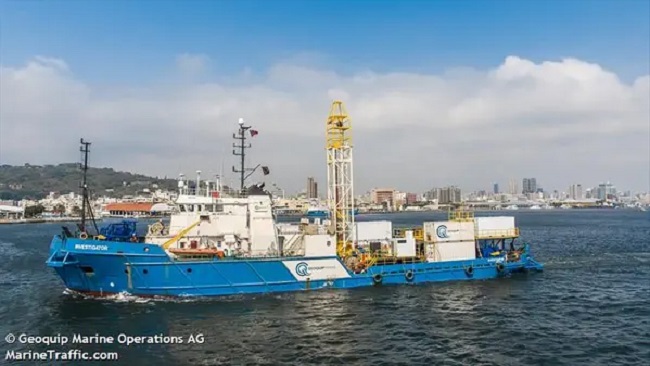 London-listed Tower Resources has started the site survey at its Thali license offshore Cameroon, ahead of the planned drilling operation at the NJOM-3 well.

Tower Resources said Tuesday that the Geoquip Marine geotechnical drillship vessel MV Investigator was at the proposed site for the NJOM-3 well, and was conducting the site survey.

The MV Investigator is expected to complete its boreholes in a few days, Tower said, adding that analysis of the data and preparation of final reports “will take a little longer, but should allow the Company to move to more concrete scheduling of the NJOM-3 well on the Thali block later in February.”

Tower was last month given a one-year extension to the initial period of the exploration phase of the Thali PSC.

The company then said that, once the MV Investigator survey is complete, it would discuss the survey results with the drilling company COSL before finalizing arrangements for the well itself.

Tower and COSL in August 2019 signed a letter of intent for the supply of the COSL Seeker rig to drill NJOM-3 instead of the Topaz Driller jack-up previously agreed with Vantage Drilling.

The NJOM3 well is planned to be drilled to a total depth of 1,100 meters intersecting at least three reservoir zones already identified by the NJOM1B and NJOM2 discovery wells drilled on the Njonji structure by the previous operator Total.

The well is designed to confirm the greater reservoir thicknesses observed on the reprocessed 3D seismic in the up-dip area of the structure, and also evaluate additional reservoirs that were not present in the areas where Total’s wells are located.

The NJOM3 well is designed to supplement Total’s well data with a suite of measurement and logging tools and drill stem test (DST) flows to surface. The company’s intention is then to suspend the well with a view to subsequent completion as one of four initial production wells on the structure.