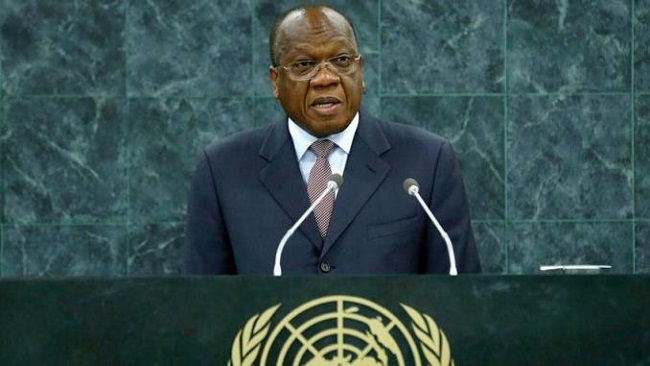 The UN envoy for Central Africa on Thursday said he remained concerned with the situation in the northwest and southwest regions of Cameroon and reaffirmed the UN’s commitment to the territorial integrity and unity of the country.

In recent months, fighting between the separatists and Cameroon’s forces has sent hundreds of thousands of people fleeing, with hundreds of people killed in the two English-speaking regions in the largely Francophone country.

“Violence has not diminished, and allegations of human rights violations by all sides continue to be reported,” Special Representative of the Secretary-General for Central Africa Francois Lounceny Fall told the Security Council.

“Several schools remain closed in the southwest and northwest regions. I am particularly conceded with the effect of the crisis on women and children,” he said.

Fall recalled his visit to Cameroon in late November where he had met with key government officials and stressed to all actors the necessity for inclusive dialogue as a constructive and sustainable way forward for a peaceful resolution of the crisis.

In this regard, he appealed to the Cameroonian government to continue to safeguard access by humanitarian partners to the populations in need and to ensure that all human rights violations are addressed.

Fall said he was encouraged by the government’s commitment to putting in place plans to address the root causes of the crisis, including through accelerated decentralization and the activities of the National Commission for the Promotion of Bilingualism and Multiculturalism.

Cameroon’s Anglophone separatists sprang up last year from peaceful protests against the alleged marginalization of English-speakers in the country.

Since November, government forces have been clashing with the separatists who want the two regions to secede from the nation and to form a new country called “Ambazonia.”