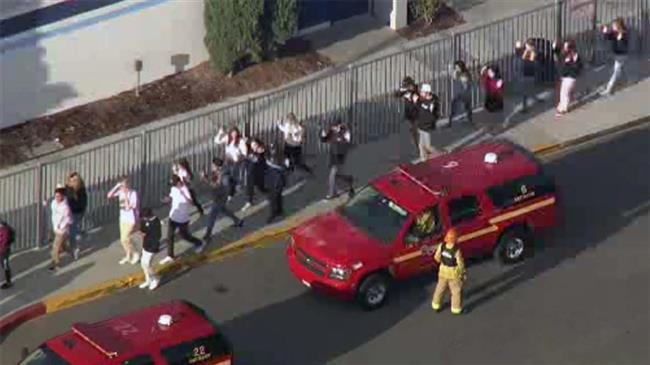 US: 7 people shot at high school near Los Angeles 0

At least seven people were shot Thursday morning at a US high school near Los Angeles, California, prompting a massive response from police and paramedics, authorities said.

Details about the victims’ conditions were not immediately available.The search continues for the shooter.

Saugus High School was on lockdown due to the incident, as were nearby Rosedell and Highland elementary schools.

Aerial video showed student with hands raised being escorted by officers from the school of about 2,300 students. At least two ambulances have left the campus with victims.