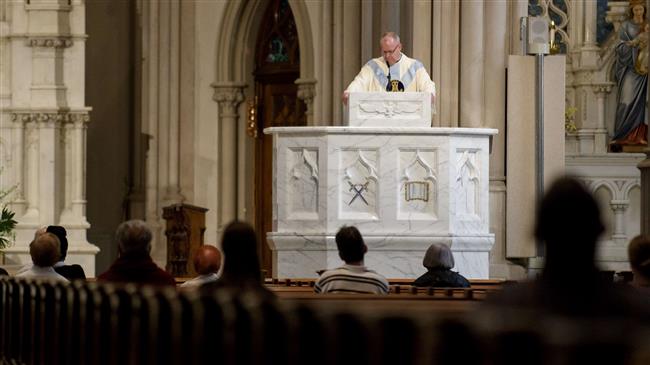 The latest revelation of widespread child sexual abuse by US Catholic clergy has given impetus to efforts by legislators, including a Pennsylvania lawmaker who has said he was raped by a priest as a child, to make it easier to prosecute such cases.

Pennsylvania State Representative Mark Rozzi, 47, said he has fought for years to give people who say they were sexually assaulted as children more time to report such crimes to police in Pennsylvania, one of 14 US states considering bills to extend the statute of limitations for such offenses.

“We’re going to get what the victims want,” Rozzi said in a telephone interview on Wednesday, a day after a grand jury found that about 300 priests had sexually abused about 1,000 children over the past 70 years in Pennsylvania.

“You either support victims or you support pedophiles,” Rozzi said.

The grand jury report was the latest revelation in a scandal that has rocked the Catholic Church since the Boston Globe in 2002 reported that priests had preyed on young boys and girls and that church leaders had covered it up.

Similar reports have emerged in Europe, Australia and Chile, prompting lawsuits, sending dioceses into bankruptcy and undercutting the moral authority of the leadership of the Church, which has some 1.2 billion members around the world.

A statute of limitations is a law requiring that prosecutors bring a criminal case within a certain time frame. The advocacy group Child USA said such statutes can block justice as children may not realize they were victims of sex crimes for decades.

Amy Hill, a spokeswoman for the Pennsylvania Catholic Conference, the bishops’ political arm in the state, declined on Wednesday to say whether bishops supported or opposed eliminating statutes of limitations.

“The time to discuss legislation will come later,” she said. “Our focus now is on improving ways that survivors and their families can recover.”

In the past, the group had spoken out against the idea. The national bishops’ conference did not respond to a request for comment.

Pennsylvania was one of the first US states to raise the age for reporting child sexual abuse. In 2002 it lifted the age to 30 from 23 and five years later raised it to age 50.

Tuesday’s report could help push through bills in states from California to New Hampshire that would relax the limits for criminal or civil action on sexual assaults on children, said Marci Hamilton, chief executive of the advocacy group Child USA.

Given that child abusers in positions of power can continue to assault children for decades, making it easier to prosecute them could prevent future abuse if abusers are imprisoned or lose their positions, Hamilton said in a telephone interview.

“What we want to do is to find out who the hidden child predators are,” said Hamilton, who is also a professor of religion and law at the University of Pennsylvania.

Costs related to such cases have taken a heavy toll on church coffers, reaching nearly $600 million since July 2013, according to a May report by the US Conference of Catholic Bishops.

US church leaders have said that they have implemented extensive new measures to prevent the sexual abuse of children by clergy.