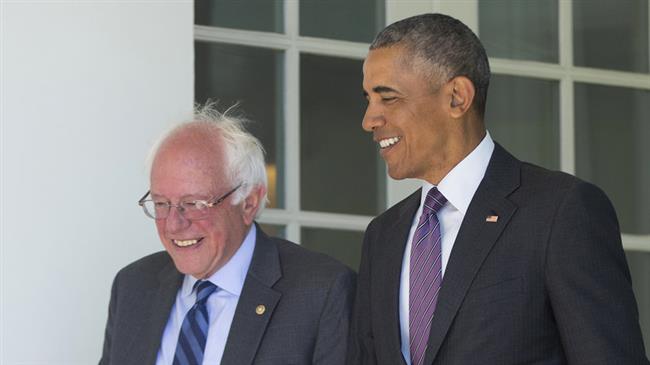 US: Obama reportedly said he would speak up to stop Sanders 0

Former US President Barack Obama has reportedly said that he might speak up to prevent 2020 presidential hopeful Bernie Sanders from becoming the Democratic nominee.

The Tuesday report by Politico on was not confirmed by a close adviser to the Democratic president.

“He hasn’t said that directly to me,” the adviser was cited as saying. “The only reason I’m hesitating at all is because, yeah, if Bernie were running away with it, I think maybe we would all have to say something. But I don’t think that’s likely. It’s not happening.”

Obama said earlier this month that he would support whoever is nominated by the party, comments his spokesperson also referred to.

“Look, we have a field of very accomplished, very serious and passionate and smart people who have a history of public service, and whoever emerges from the primary process I will work my tail off to make sure that they are the next president,” said the former US leader.

A close adviser argued that Obama, who has remained silent amid the Democratic races so far, would not make any comments against a candidate.

“I can’t even imagine with this field how bad it would have to be for him to say something,” said the adviser.

The African American president appeared to criticize those too much on the left at a meeting of fundraisers earlier this month ahead of the 2020 election.

“Even as we push the envelope and we are bold in our vision, we also have to be rooted in reality,” Obama said, according to the New York Times. “The average American doesn’t think we have to completely tear down the system and remake it.”