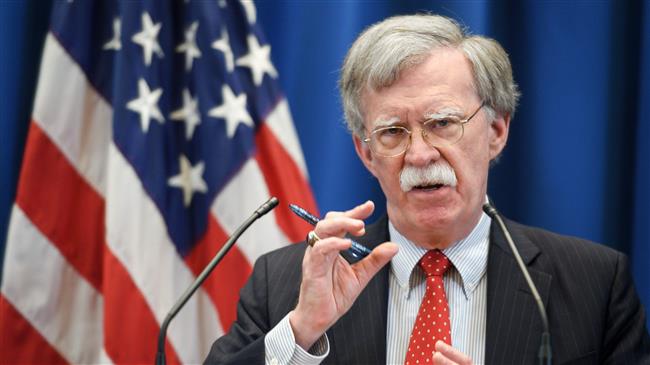 US to cut funding for UN human rights agency 0

Bolton announced the move against the Office of the High Commissioner for Human Rights during an interview with The Associated Press on Thursday.

The office is headed by the High Commissioner for Human Rights, who co-ordinates human rights activities throughout the UN system and supervises the Human Rights Council (UNHRC) in Geneva.

Bolton said US officials would calculate how much of the US annual budget goes to the human rights ffice and the Human Rights Council, and reduce its outlay by that amount.

The measure would make the UN agency lose one of its largest donors. The United States is the UN’s largest single funder, providing about 22 percent of its budget.

Ex-Chilean President Michelle Bachelet is set to replace Zeid Ra’ad al-Hussein as the High Commissioner for Human Rights next month.

The US withdrew from 47-nation UNHRC in June over what it called the council’s entrenched bias against Israel.

Since Trump took office in January 2017, his administration has been pushing the UNHRC to end its scrutiny of Israel’s widespread human rights abuses against Palestinians.

Human Rights Watch called the withdrawal “a sad reflection of the US administration’s one-dimensional rights policy,” adding that Washington’s defense of Israeli rights abuses takes precedence above everything else.