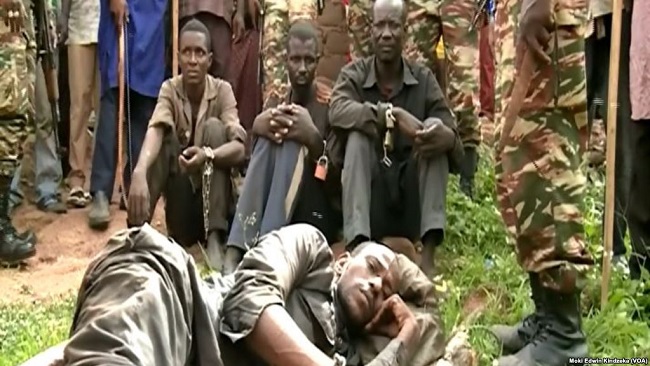 Robberies and kidnappings are on the rise in eastern Cameroon, as violence from the neighboring Central African Republic spills across the border. Armed groups from the C.A.R. have been stealing supplies and taking dozens of people hostage for ransom.

Iya Gabdo, a cattle rancher, says armed men took him hostage three weeks ago after he could not pay the $5,000 they demanded. Gabdo says many of his peers were also kidnapped that day.

The military freed Gabdo this past week, returning him and 13 others to the town of Ngaoui. The military said one hostage was killed in the rescue and several were wounded. Several armed men also were killed.

Ngaoui hosts one of the largest cattle markets on Cameroon’s border with the C.A.R. The market was reduced to a shadow of itself four years ago when armed groups started crossing the border to attack and kidnap Cameroonian cattle ranchers and business people for ransom, or to steal their property.

In 2016, business resumed in border areas when new C.A.R. President Faustin-Archange Touadera promised to bring peace to the troubled nation. But last year, the United Nations reported that fresh fighting involving armed groups in the C.A.R. was leading to new waves of bloodshed and displacement.

Kildadi Taguieke Boukar, governor of the Adamawa region of Cameroon, says that since the fighting erupted again, there have been increasing attacks in Cameroon’s territory.

“They kidnapped the chief of Akundere and they asked him a ransom of a hundred million CFA [$180,000],” Boukar said. “So, I want to invite the population to continue cooperating, giving the information to the forces of law and order, to the administration. And I think, I do hope we are going to put an end to this type of banditry.”

The C.A.R. descended into chaos after longtime leader Francois Bozize was overthrown in 2013 by a predominantly Muslim rebel alliance called the Seleka. Christian militias called the anti-Balaka emerged in response, accelerating a cycle of sectarian violence.

Last month, the C.A.R.’s minister of humanitarian activities visited Cameroon and said violence continues in her country because it is hard to control the circulation of arms, or to bring the various armed factions together for true dialogue.