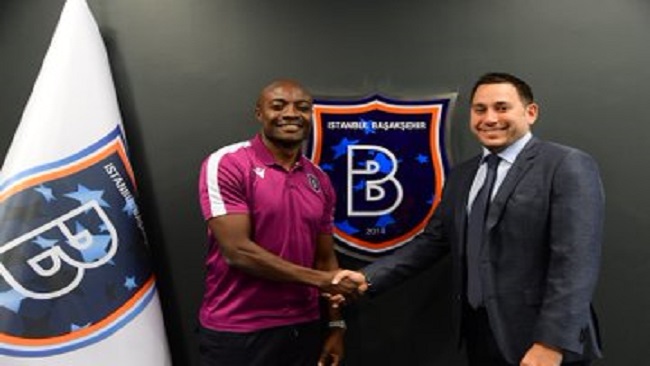 The 37-year-old has returned to his former club in Turkey, where he will take up his first coaching job

Istanbul Basaksehir have confirmed the appointment of Cameroon legend Pierre Webo as one of their assistant coaches.

On Tuesday, the Istanbul outfit announced the return of Webo to the club, alongside Ekrem Dag, as assistants to manager Okan Buruk.

The former Cameroon forward played for the Owls from 2011 to 2013, and boasts of vast experience in Turkey having previously turned out for Fenerbahce, Osmanlispor, and Gaziantep FK before he hung up his boots earlier this year.

The 37-year-old will be hoping to help Istanbul Basaksehir, who are placed third in the Super Lig standings, to end their wait for a top-flight crown after finishing as runners-up last campaign.