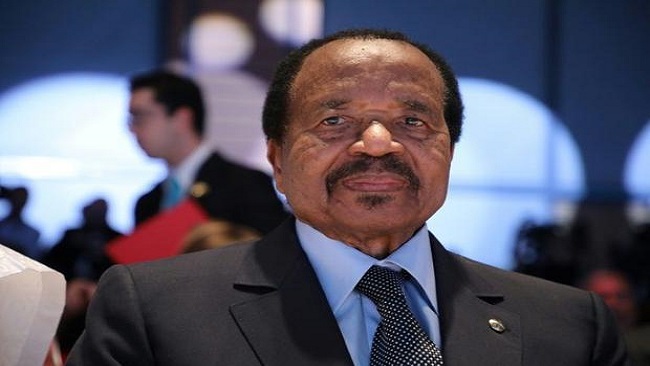 Cameroon is poised to hold parliamentary and municipal elections in February but a bloody separatist conflict and political tensions are set to cloud the vote, experts say.

Anglophone separatists are fighting government troops in western Cameroon while the north of the country has come under attack from Boko Haram jihadists.

“These elections will not have optimum credibility,” Cameroonian academic Richard Makon told AFP, contending that in the present climate, “peaceful” polls were impossible.

“The security challenges in the Northwest and Southwest Regions are enormous,” he said, referring to a conflict between English-speaking separatists and security forces that have claimed more than 3,000 lives in two years.

The two regions with an anglophone colonial past are home to around 16 percent of the population of 25.8 million in the mainly francophone country.

In a remote region called the Far North, about a tenth of the population lives in deep poverty and at the mercy of Boko Haram.

Despite the unrest, in a surprise move veteran President Paul Biya recently announced elections on February 9.

Members of parliament and town councils were last elected in 2013. Their five-year mandates ran out in 2018, but Biya has extended them twice.

The 86-year-old Biya has ruled the country for 37 years. He was returned to office in an election last year, which saw a significant drop in votes in the English-speaking regions.

– Plunging back into chaos? –

Arrested at one of the demonstrations, Kamto was jailed in January but released in October following foreign pressure.

The 65-year-old opposition leader has since been denied permission to organise rallies.

The MRC has for months insisted that holding elections should depend on a definitive return to peace in the anglophone regions.

Kamto’s party has not said if it will contest the poll, though individual CRM members have announced they will run for office.

“The risk is that Cameroon will plunge into the chaos of post-electoral confrontation,” Emmanuel Simh, the CRM’s third vice-president, said.

Last month, Biya’s regime arranged what it called a “major national dialogue” to settle the anglophone crisis but the main separatist movements boycotted the forum.

One of the key recommendations of the talks was more autonomy for the English-speaking regions.

But the initiative must be adopted by parliament, which has yet to consider the proposal.

The election announcement was a surprise, given that the resolutions of the major national dialogue “have not even begun to be taken into account”, Makon said.

“It’s a little hard to envisage elections being held in the best conditions to produce legitimate winners who are accepted by the population,” he said.

Biya’s Cameroon People’s Democratic Movement (CPDM) is a colossus with 148 seats in the 180-member national assembly.

For all their doubts, opposition parties are caught between a rock and a hard place, Makon said.

“They must take part in the election because if they don’t, they will be shut out of political decisions for five years,” he said.

On the other hand, he argued, the ruling party “will no longer have a crushing majority… because of the ground taken by the MRC and the rise of (other) parties.”

He gave as an example the Cameroon Party for National Reconciliation (PCRN), led by Cabral Libii, a 39-year-old journalist who placed third in the 2018 presidential poll.