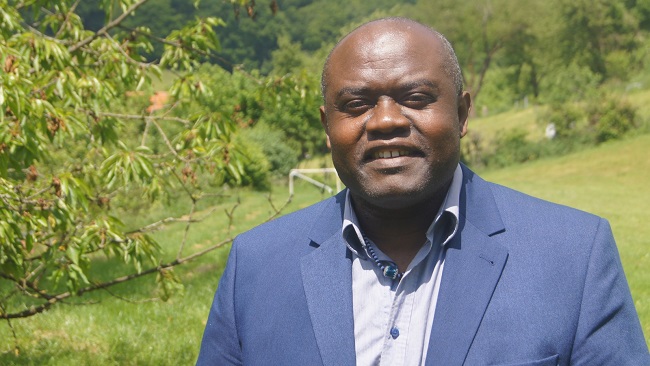 All Southern Cameroons Groups must act against French Cameroun occupation 0

A leading Southern Cameroons elite in the Federal Republic of Germany has urged all Ambazonian groups all over the world to do all in their power to resist the French Cameroun’s shameful occupation of Southern Cameroons homeland saying all groups must join forces with Vice President Dabney Yerima and the Interim Government to foil a systematic political assassination of the people of Ambazonia.

In a telephone conversation with Cameroon Concord News on Wednesday, Dr Emmanuel Ngassa said the actions of some Ambazonian figures is undermining efforts being made by Vice President Dabney Yerima and the Ambazonia Interim Government towards upholding the inalienable rights of the oppressed people of the Federal Republic of Ambazonia.

Dr Emmanuel Ngassa said those wasting time in the politics of the struggle are instead encouraging the Biya French Cameroun regime in Yaoundé to carry out more atrocious activities and denying the people of Southern Cameroons-Ambazonia  their rights, and destabilizing peace and security in the Ambazonia homeland.

Dr Ngassa also praised the fighters in Ground Zero for sticking to the British Southern Cameroons resistance culture and history, making sacrifices for the Ambazonian cause, and rejecting any compromise with French Cameroun surrogates such as Ministers Paul Atanga Nji, Paul Tasong, Paul Elung and Dion Ngute over the past four years of the French Cameroun imposed war.

The creation of many splinter groups, Dr Ngassa added, is a costly mistake on the part of some Southern Cameroonians as well as a divisive move that encourages the continuation of the crimes committed by the Biya Francophone Beti Ewondo regime.