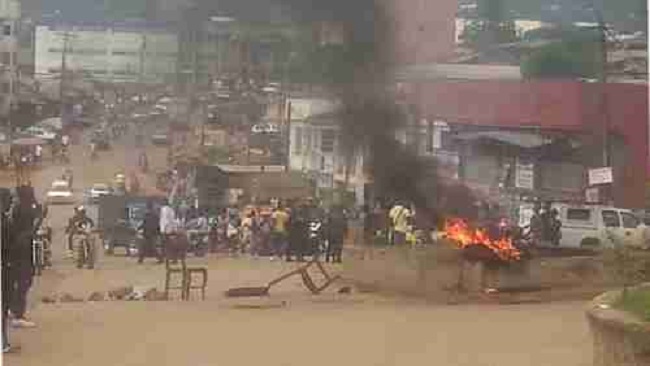 Troops loyal to the Biya Francophone regime in Yaounde reportedly killed eleven Southern Cameroons civilians in two separate attacks on Thursday.  The Cameroon government army said in a statement that the 11 were suspected armed separatists.

Four “separatist terrorists” were neutralized in Misaje in the Northwest, while seven others were killed in raids on Eshobi in the Southwest, according to the statement released on the army’s Facebook page.

According to the Francophone army statement, six hostages were released during the operation in Eshobi some few kilometers from Mamfe, the chief town in the Manyu County.

Fighting between government forces and armed separatist groups has been ongoing since Nov. 2017 after the separatists declared the independence of a nation called “Ambazonia” in the two English-speaking regions of Cameroon’s Northwest and Southwest.

According to the United Nations, over 200,000 people have been displaced internally and at least 30,000 have fled to neighbouring Nigeria.